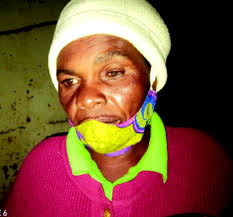 A10-year-old boy from Mutasa District reportedly led his family members to a butchery where he claimed a human skull was buried by his late maternal grandfather.

His grandfather, Jasper Manhiri, passed away in January this year.

The minor reportedly pointed to a place inside a building which he claimed Joseph Rore’s skull was buried and ordered its exhumation.

It is alleged that Rore’s spirit is manifesting on the boy and was demanding to be given a virgin to escort it to the Rore family in Mozambique for an appeasement ceremony.

After negotiations with the family’s elders, the spirit ended up opting for seven beasts, three goats, 25 hens and US$600.

According to the boy’s mother, Lena Manhiri of Ushewokunze Village in Mutasa, the incessant attacks have resulted in the Grade Four pupil dropping out of school as he is now a danger to himself and his peers.

“My son is being troubled by two things. First, he sees four goblins every day. Then Rore’s spirit manifests on him claiming that he was killed for ritual purposes by my uncle Jasper Manhiri.

“He claims to have been killed in 2000 and claims that his skull was buried inside Jasper’s butchery at Muchena shop. The spirit also claims that Rore’s body was dumped in Mozambique near his home.

She said Jasper’s family  has expressed ignorance over Rore’s murder even though her son is manifesting.

She said whenever her son sees the goblins, the boy becomes violent. Despite his small stature, older people have a torrid time subduing him when he is in that state.

Lena said her son is also giving directions to Rore’s home in Mozambique, a place he has never set foot on.

In an interview withThe Weekender, the boy said he misses school.

He narrated how he sees countless little men in black suits, adding that they have threatened to wipe off the entire Manhiri family if their demands are not met.

The late Jasper’s wife, Gogo Cecelia Manhiri, dismissed the allegations being levelled against her husband.

The family now awaits Chief Mutasa’s guidance on how to proceed the publication reports.