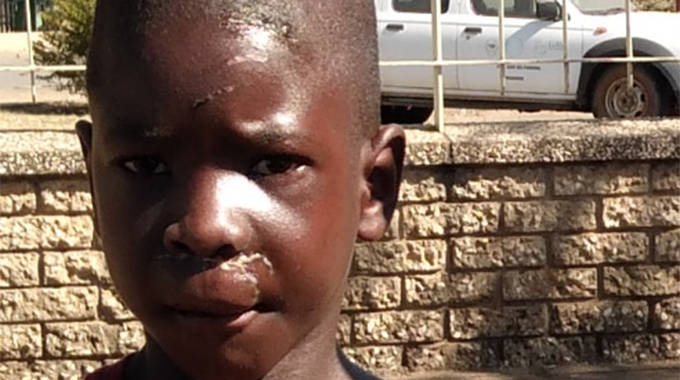 A seven-year-old Chinhoyi boy was recently attacked by three pit-bull dogs in the town’s suburb of Mapako which seriously injured his face and legs.

The attack saw Samuel Phineus receive a mini-facial reconstruction through 21 stitches at Chinhoyi Hospital where he is still being attended to  The Herald reports.

While the boy is lucky to be alive, the attack has wiped the pockets of Tendai Phineus (39), his unemployed father.

Phineus said since the boy was attacked on 17 June, he has parted ways with over US$270 for his medical bills and transportation.

“The owner of the dogs has only offered US$60 and $1 500 and has since started giving me cold shoulders because I reported the incident to the police.”

Samuel Mugari, the dogs’ owner, could not be reached as he was said to be at his Zvimba farm the publication reports.

The young boy was attacked while coming from her grandmother’s house which is opposite Mugari’s residence.

In other news, iHarare had reported that villagers from Gomana area in Zivhu were left shocked after remains (torso and head) believed to be of a newly born baby were found being eaten by dogs at Mandiudza Homestead recently.

Kudakwashe Zivhu who is the Village Head confirmed the shocking news.

“This is shocking and we are busy looking for the culprit because it appears someone gave birth yesterday and dumped the baby. It is a sad incident in our village,” said Zivhu.

He said Tangai Mandiudza woke up and found his puppy playing around with an object near a footpath and upon approaching the place he discovered that it was a newly born baby’s body.

After informing others, the body was covered with shrubs to stop dogs from further eating it. ‌