Home
Crime and Courts
Age Is Just A Number: Grandmother(61) Of 17 Gets Engaged To 24-Year-Old Boyfriend 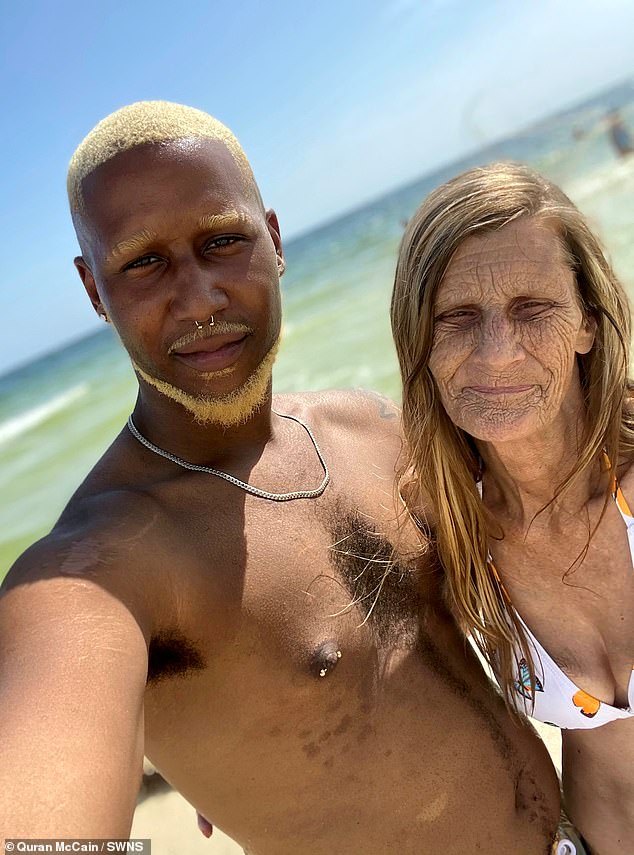 Age Is Just A Number: Grandmother(61) Of 17 Gets Engaged To 24-Year-Old Boyfriend

A couple from America has just proven that age is nothing but a number when it comes to love.

Quran McCain (24) caused a huge stir on social media after he got engaged to his 61-year-old girlfriend Cheryl McGregor.

Critics were quick to point out the woman‘s age and how old enough she was to be his grandmother.

Cheryl allegedly has 17 grandchildren and one of Cheryl’s sons is older than McCain.

However, the love-smitten couple claims that they don’t mind a gap of 37 years saying the sands of time have not dried out the romance in their lives.

Quran and Cheryl’s love story is quite an unconventional one.

Quran McCain first met Cheryl when he was just 15 in their home town, Rome, Georgia, but insists there were no romantic feelings between them until last year.

Cheryl revealed that Quran came to her rescue when she was getting trolled on TikTok. She said, over time, Quran started hinting that he was romantically interested in her and they got into a relationship.

Despite all the negative criticism, the couple decided to take their relationship to another level.

The couple took to Instagram to announce their engagement with a video of Quran on one knee proposing to Cheryl in a restaurant.

“She said yes. You make me a simp but I love you and it’s nothing but forward from here,” Quran captioned one of the pics on Instagram

The DailySun reports that Cheryl said Quran is the most ‘compassionate and emotional man’ she has ever been with.

Despite the 37 year age gap, Quran said that he doesn’t mind the age difference because he claims Cheryl has a very “young spirit, soul and heart”.

The post Age Is Just A Number: Grandmother(61) Of 17 Gets Engaged To 24-Year-Old Boyfriend appeared first on iHarare News.