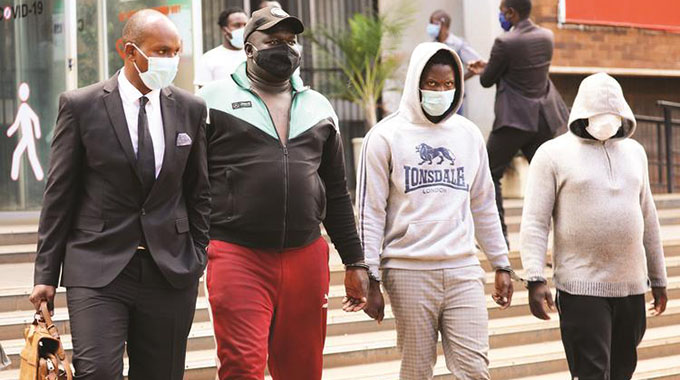 Popular music producers, DJ Fantan and Levelz of Chillspot Records who were sentenced to an effective 6 months in prison for hosting a musical bash in Mbare on New Year’s Eve have been fined $2 000 after appealing against the jail term at the High Court.

DJ Fantan, real name Arnold Kamudyariwa (33), and Levelz, real name Tafadzwa Kadzimwe (31) together with Simbarashe “Dhama” Chanachimwe (27) were found guilty of ‘convening a public gathering during a national lockdown’ in contravention of Statutory Instrument 77 of 2020 of the COVID-19.

In other news, iHarare reported that police officers who posted a video of themselves on social media while the song “Munyu Hauchavavi” was playing in the background are now facing dismissal.

In the video which went viral on social media, unidentified police officers can be seen displaying bond notes while Blessing Shumba’s song ‘Munyu Hauchavavi’ can be heard playing in the background. The police officers were allegedly mocking their meagre salaries.

After the video went viral, the police officers were reportedly summoned by the force’s law and order section in Harare for disciplinary action.

According to reports reaching iHarare, the police officers are set to be charged under the Police Act and possibly face dismissal. Recently, the accused police officers were vetted by the controversial unit which sought to determine if their actions were not part of a grand plan for mutiny.