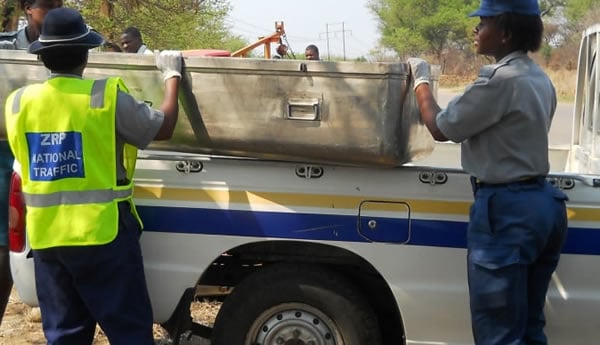 The decesed has been identified as Takura Hlabano of Mutiziwa village, Chief Mapanzure in Zvishavane. Chief Hlabano himself attended the scene of the accident. The traditional leader told the Chronicle,

“I attended the scene and the deceased was crushed while sleeping on the road. He was coming from drinking beer. We call upon fellow villagers to be careful on the roads when drunk. They should also not walk along busy roads when drunk to avoid such unnecessary loss of life.”

“An unknown motor vehicle hit and ran over Takura Hlabano of Mutiziwa village, Chief Mapanzure in Zvishavane who died on the spot at 6km peg along Muzondiwa- Mabasa road. The deceased was discovered lying with bruises all over the body. Matter was reported to the police who attended the scene and discovered that the deceased had a deep cut on the head, broken hands and bruises on his back. The body was conveyed to Zvishavane District Hospital Mortuary awaiting post-mortem.”

The police urged people who may have information on the accident to come forward to aid in the identification and arrest of the hit and run driver.