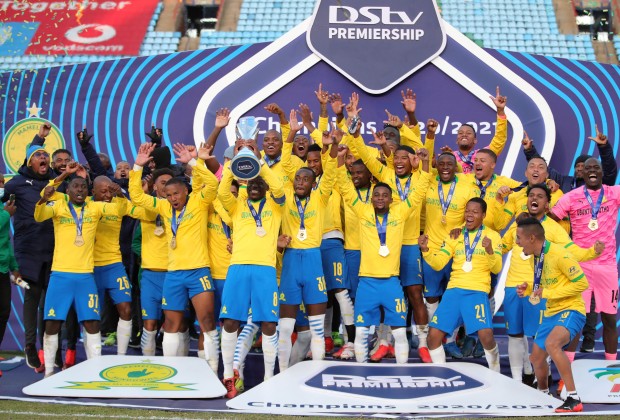 The South African Premier Soccer League (PSL) has released the fixture list for the opening two rounds of the 2021/2022 season.

According to a schedule sent to the member clubs on Monday afternoon, the DStv Premiership is set to provisionally start on August 20, 2021. The campaign will start one week after the MTN8 which is scheduled for August 14, 2021.

The opening round of the season features a mouth-watering clash which will see defending champions Mamelodi Sundowns hosting AmaZulu. The clash between last season’s champions and runners up is scheduled for Friday, August 20, 2021. The only match on the day.

The opening round of matches also sees Soweto giants Orlando Pirates hosting Stellenbosch while Kaizer Chiefs will be away to TS Galaxy. Supersport United will be away to Cape Town City.

Here is a full list of the fixtures of the opening two rounds of matches for the DStv Premiership 2021/2022 season.

Related Articles You May Want To Read,