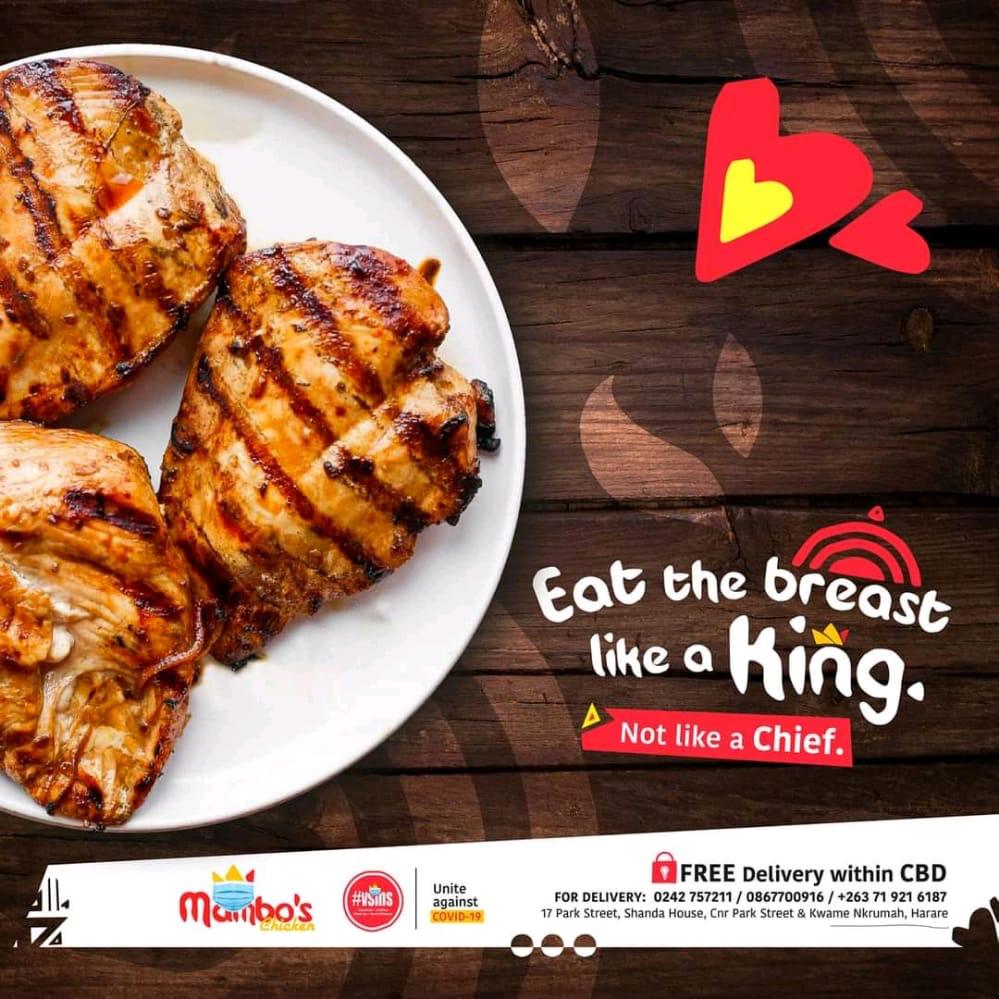 “Eat The Breast Like A King” Mambo’s Chicken Strikes Again

Local food outlet, Mambo’s Chicken, which is known for its meal advertising taste that customers can relate to has struck again.

This time, Mambo’s Chicken has caught up with the story of a chief who is trending after indecent pictures of him in the company of a woman leaked.

There is a way to do it and we recommend the Mambo’s way. #Breast#MambosChicken#eatlikeaking pic.twitter.com/PnFl1Jopyz

Chief Mupakwa from Bikita is in the eye of a storm after photos of him being amorous with an unidentified woman somehow found their way onto social networking platforms.

In the photos, the traditional chief and his partner appear to be randy. In one of the photos, the woman is touching the chief’s privates while starring directly into the camera.

In two other photos, the Chief is performing a se_xual act on the woman. In one of those photos, he appears to be looking directly at the camera, indicating that perhaps the photos were taken with his knowledge.

They play many roles in local communities, culture and families which include resolving disputes.