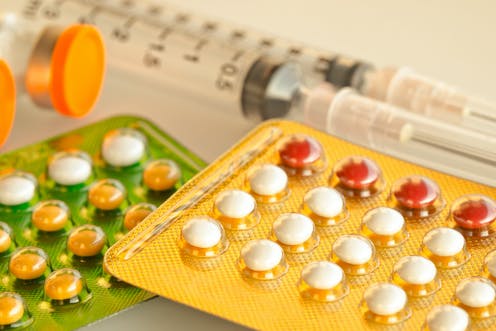 A 30-year-old Kenyan woman with 10 kids has poured out her heart as she revealed that her husband had refused to take up family planning.

The woman, Gentrix Wekesa, is reportedly expecting her 11th child.

She alleges that her husband has strongly objected to her bid to use family planning methods adding that he had highlighted he intends to have at least 22 children.

During an interview on a local TV station, Gentrix said she gives birth each year because she falls pregnant as soon as her period starts, Mwakilishi.com reports

She said her youngest child is less than a year old and she is already expecting her 11th in a few months.

Gentrix’s husband Anthony Wekesa is just like many men among the Bunyala sub-tribe of the Luhya Community who reportedly warned their wives against using any form of contraceptives.

They believe family planning is a foreign concept that subjects one to ridicule in the community.

The mother of 10 further alleges that her husband became violent after she once sought the help of a nurse and got a contraceptive.

“My husband wants 22 children when we went to the nursing home, he told the nurses to stay away from people’s wives,” Gentrix said.

In other news, iHarare had reported that the 16-year-old twin sisters who made headlines after they were reportedly impregnated by the same boy in Cameroon have given birth to two baby boys.

Togina also said one room has been secured for the twin sisters and their babies.

She thanked those who managed to help for their support and efforts.

Somizi And Mohale Divorce: What We Know So Far

The post “He Wants To Have At Least 22 Kids” Woman With 10 Children Laments As Hubby Shuns Family Planning  appeared first on iHarare News.