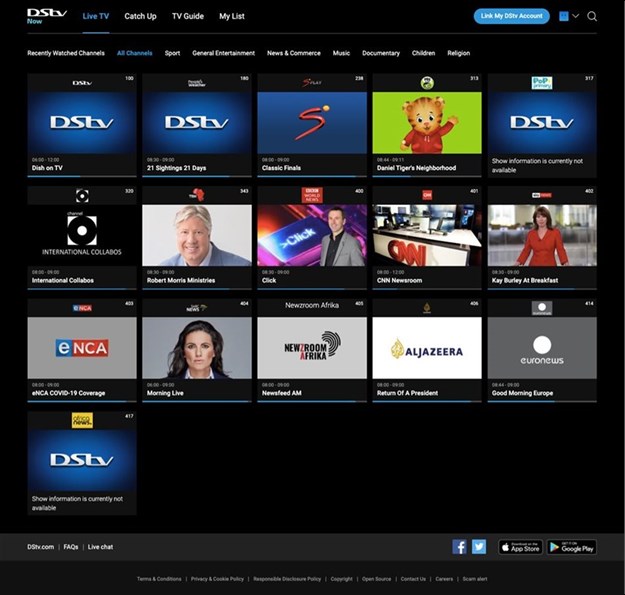 You can now pay your monthly DStv subscriptions at the official rate using the local RTGS currency.

This news will be welcomed by subscribers of MultiChoice’s satellite broadcasting service. DStv is one of the most popular options for Zimbabweans who are looking for better entertainment and variety than is offered by national broadcaster ZBC. Some Zimbabweans have stopped using the service due to limitations in accessing foreign currency at affordable rates.

However, this issue has now been solved by ContiCash, a local remittances company and registered Bureau de Change. According to the company, ContiCash has entered into a partnership with the Reserve Bank of Zimbbawe to allow locals to pay for their DStv subscriptions at the official RBZ rate.

Given that this rate is almost half of what is prevailing on the unofficial black market. The official exchange rate is currently at about $85 for every United States Dollar compared to between $130 -$145 on the black market.

This means that prices for your monthly DStv subscriptions will be as follows.

However, please note that you can only pay for a single account every month, to prevent the facility from being abused by enterprising middlemen.

Here is How You Can Pay Your DStv Subscriptions through ContiCash

To register for the service, simply scan the QR code below and send “Hi.”   Alternatively, save the number for ContiCash’s self-service bot on your phone and say “Hi.” The number is 0788 788 020.

After you say Hi to the self-service bot, it will respond by asking you for your name, smart card number and national ID number to begin the process.

The post Here Is How You Can Pay Your DStv Subscriptions In RTGS At Official Rate  appeared first on iHarare News.