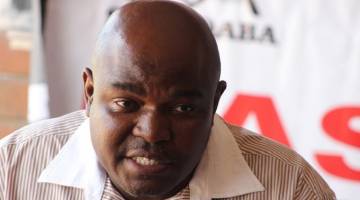 Highlanders Football Club management has admitted its struggles and appealed for assistance after failing to raise funds to pay salaries for June.

The Chronicle reports that Highlanders’ treasurer, Donald Ndebele sent out a passionate public appeal on Friday to members, fans and sympathisers.

“We have, as it is common cause, seen the stop and start of football activities, fanless matches, and limited opportunity for partner and stakeholder visibility value, among many other negatives, that have eroded the club’s value proposition.

“The costs attendant to the football club’s life have continued to rise against receding income. While we have managed, through various initiatives, to keep pace with the financial demands, the extended period of Covid-19 lockdowns have come to bear with a heavy financial cost to the club and increased the strain and stress immensely.

“It is against this backdrop that we appeal to members, fans, sympathisers, corporate world and the public for financial assistance to meet the immediate requirements for players, coaches and support staff salaries.”

Bosso said those donating should use the club’s banking details and send through proof of donation for accountability purposes.

Local currency deposits can be made into BancABC account number 11385585502028, Branch Code 21301. Both accounts names are Highlanders Football Club.

In other news, iHarare reported  that travel between Harare and Chitungwiza and Harare and Norton is now prohibited.

Movement between the two dormitory towns and the capital is banned because it is considered intercity travel.

Intercity travel was banned by President Emmerson Mnangagwa when he imposed a level 4 lockdown in the country due to a surge in Covid-19 infections and deaths.

Tragedy As Man Kills Rival Over A Girlfriend

Man Soils Blankets In Protest After Wife Denies Him S_ex

The post Highlanders Brings Out The Begging Bowl After Failing To Raise Funds To Pay Salaries appeared first on iHarare News.