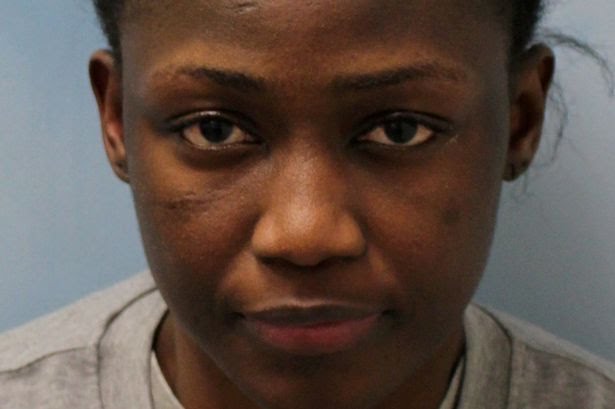 A jealous woman has been  slapped with a 14-year-jail term after pouring acid on her boyfriend while he was asleep in December 2019.

Esther Afrifa, 28, attacked Kelvin Pogo because she thought he was having an affair – but it later turned out he was not.

Due to the attack, Pogo now has life-altering scars all over his face and body.

The attack happened around 3.30am on December 22, 2019, and the acid burned through his t-shirt quickly, Harrow Crown Court heard this week.

In an interview with the Evening Standard, Pogo, who was 29-years-old when he was attacked, said when the incident first took place, he did not realise who was responsible and he told Afrifa to call the police.

Afrifa pretended to do so, before stopping another friend from calling 999 and she also cancelled a taxi which was supposed to take him to the hospital.

The court heard that Afrifa poured more acid over Pogo’s face and body while he was lying on the couch resting the wounds he had already suffered.

To his horror, he then realised that his girlfriend was behind the attack, he then ran out of the flat screaming before a good Samaritan managed to get him medical attention.

The court also heard that Afrifa attempted to get Pogo to drink more acid from a Nike sports bottle.

While sentencing the jealous woman, Judge Charles Bourne QC called it “a truly wicked thing to do”.

Afrifa will likely be deported back to her native Ghana when she is released from prison.

In other news, iHarare reported that Vice President Constantino Chiwenga’s estranged wife, Marry approached the High Court seeking a review of a recent judgement by a Harare magistrate.

Magistrate Lazini Ncube had ruled that Marry be remanded in custody for 10 days pending mental examination by state doctors under section 28 of the Mental Health.

The post Jealous Woman Pours Acid On Sleeping Boyfriend After Wrongfully Accusing Him Of Cheating  appeared first on iHarare News.