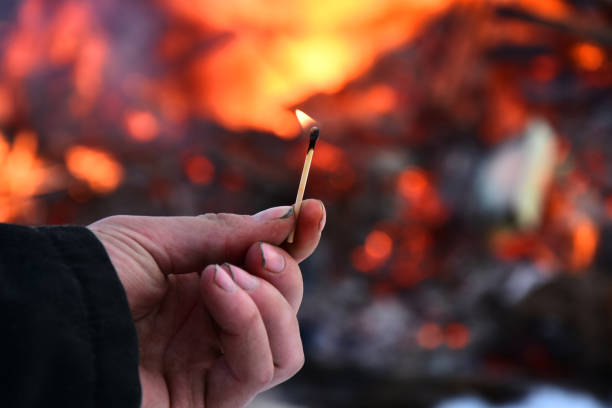 A bitter Bulawayo man is on the run after he allegedly set his ex-girlfriend’s house on fire last Friday.

Both the house and household property were destroyed in the inferno.

On the day in question, the suspect, Nhamo Ncube visited Thembelani Ncube around 9 PM. When he arrived she was preparing a meal outside and he started insulting her while threatening to assault her for not paying attention to his needs.

It is alleged that Ncube chased away the woman before he remained by the house alone and reportedly threw a brazier, setting the property on fire.

When the woman returned to her house, she found it on fire and her ex-boyfriend gone.

A report by the Fire Brigade reads:

She told the Fire Brigade that when she returned , she found the house on fire and her ex-boyfriend had disappeared. After a few moments, she heard that one of the boys she had called had been stabbed by her ex-boyfriend. She further indicated that her ex-boyfriend will always come to fight her and there was a time when he broke windows and a French door.

Some neighbours who spoke to Sunday News said Ncube has survived many violent incidents from her ex-boyfriend. They allege that he is a bitter man since Ncube no longer loves him.

iHarare had also reported that a bitter Mutasa man burnt his mother’s hut and proceeded to torch his in-laws’ hut after he was dumped by his wife.

The bitter man reduced his close relatives’ property to ashes as he demanded to get a refund for his lobola.

Knowledge Manhanga, 31, destroyed property worth $67 000. He appeared before Mutare magistrate Rumbidzai Kabasa and he was convicted on his own plea of guilty.