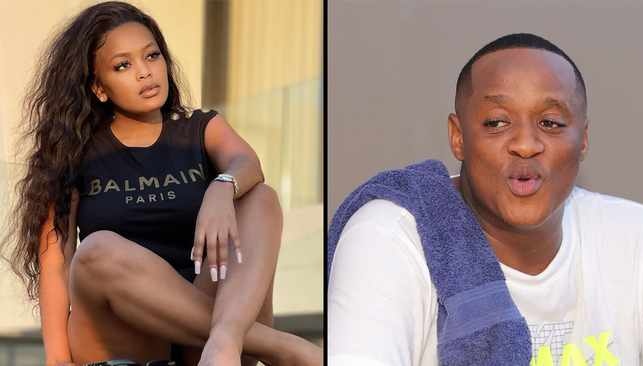 Jub Jub is out baying for blood over the continued unrests in South Africa. Many who stood in his line have already felt the heat of his wrath – including radio-famous Lerato Kganyago.

Jub Jub is in support of the poor masses who are frustrated over the release of Jacob Zuma.

Taking to his Instagram this morning, Jub Jub called out many of black South Africans who were calling looters and protesters hooligans just because they were talking from a point of privilege.

In his message, Jub Jub, however, said he did not condone violence and crimes being committed by the protesters but claims this was expected from people who had been misled for years by their leaders.

Little did he know that the radio DJ and TV personality, Lerato Kganyago also known as LKG was going to add her 2 cents in debate over his statements.

Lerato cried over the generalisation which she felt was problematic in Jub Jub’s message.

She felt Jub Jub was sending out a wrong message and was promoting violence.

But her response didn’t sit well with Jub Jub who quickly called her out to sit down.

The Uyajola 9/9 host was harsh in his response while asking Lerato to mind her business and not attempt to correct him.

What’s interesting about Jub Jub’s statement is that he also threatened to spill Lerato’s secrets in public if she ever tried to come after him.

“Let this be the first and last time you try and come for me. Ungafuni ngivule amasaka wakho….UNGANGISUKELI,” he harshly threatened. (loosely translated to” Don’t you dare say anything or else I’ll open up your secrets”).