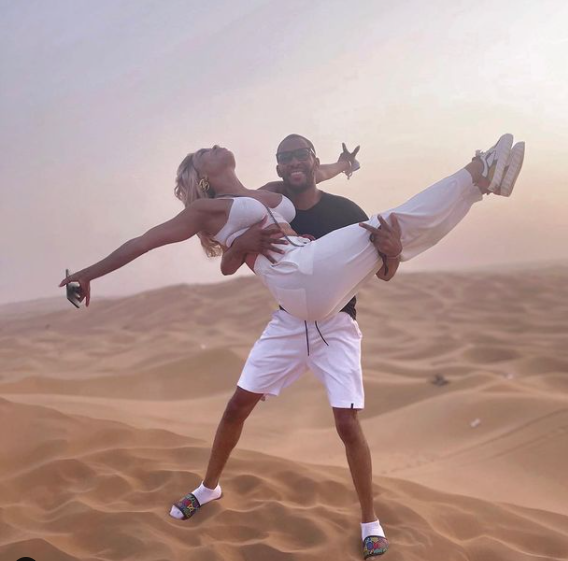 It looks like controversial socialite and media personality Khanyi Mbau is finally returning from ‘the salon.’

Judging from a picture of her holding her passport and a first-class flight ticket written Dubai, this can only mean one thing – sis is finally going back to Dubai to reunite with her man after ditching him.

Khanyi Mbau made headlines early this month after she ditched her bae Kudzai Mushonga in Dubai where they were currently on vacation and jetted back to South Africa without his knowledge.

South Africans went into panic mode after screenshots from Kudzai’s Instagram detailing how “she’s gone missing” went viral. Kudzai revealed that he had not seen her since “dropping her off at the salon” at 6 pm.

Khanyi only reappeared later on announcing that she was well and alive in South Africa after alarm had been raised.

While Kudzai was reeling and sulking after getting ditched by the love of his life, Khanyi Mbau has been living the life of party in SA.

She even composed a diss track titled, “Shiya indoda eDubai. Phuma ngathi uyabuya,” which loosely translates to “leave the man in Dubai. Leave as if you’re coming back.”

The diss track which has caused mixed reactions amongst the populace was inspired by the recent events that saw her ditching her bae in Dubai after lying to him that she was going to the salon.

The post Khanyi Mbau Jets Back To Dubai To Reunite With Her Zimbabwean Bae Kudzai Mushonga appeared first on iHarare News.