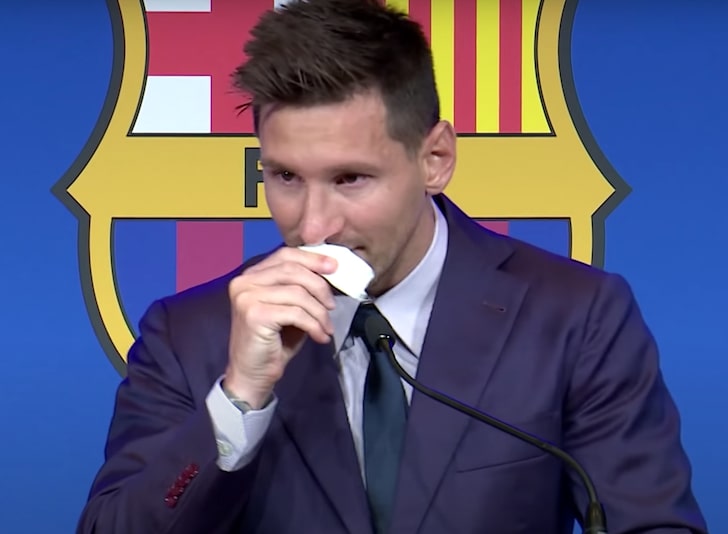 Lionel Messi “Used Tissue” Is Being Sold For $1 Million Dollars

Lionel Messi’s  used tissue is allegedly being sold for a staggering $1 million US dollars.

According to reports reaching iHarare, the tissue that soccer legend Lionel Messi used to wipe off his tears during his emotional farewell speech at FC Barcelona is on sale for $1 million.

Lionel Messi’s used tissue from his farewell press conference at Barcelona is reportedly up for grabs at a whopping sum of $1 million. pic.twitter.com/aChIBIhC0M

https://platform.twitter.com/widgets.js
During the farewell speech, his wife Antonella handed him a tissue as he couldn’t hold back his tears.

Messi used the tissue to wipe his eyes and nose while he tearfully confirmed his departure from FC Barcelona.

However, a man who was seated at the front row of the same press conference is alleged to have managed to scoop up the discarded tissue paper and listed it on an international auction site for a million dollars.

His transfer from FC Barcelona however caused shockwaves  across the world.

Meanwhile, in an effort to capitalize on the iconic soccer legend, PSG sold as many as a million Lionel Messi jerseys in their stores and online, just a week after he signed up for the club.