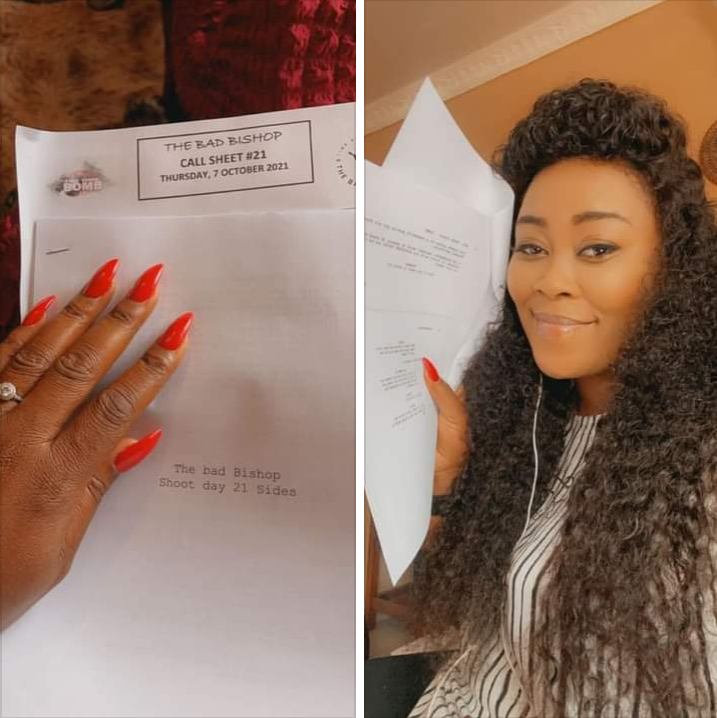 Comedienne, Tyra Chikocho who is popularly known as Madam Boss has done it again! This time she has bagged another acting role in the upcoming movie The Bad Bishop.

Madam Boss took to social media celebrating another milestone and thanked Becky Casting Agency, her fans and her family for the support.

“All I can say is thank you Becky Casting Agency for taking me this far .

The year 2021 has been a good one for Madam Boss after she secured another acting role in Nollywood.

A month after landing a starring role in Nollywood, Madam Boss bagged another acting gig in South Africa.

Becky Casting Agency, a casting agent based in South Africa announced the development on their social media.

“Guys help me to congratulate this amazing and talented lady!

She has been cast to feature on SABC 1’s news telenovela @ubettinawethu as Aminata.

Come and show South Africa your talent, we are proud and humbled to represent your phenomenal talent

This comes after a customer reportedly purchased a Russian and Chips promotion at an alleged exorbitant rate of US$1:Z$200 in one of its outlets in Zvishavane.

It is alleged that the customer first made a payment on Tuesday at 10:27 am for the Russian sausage and chips meal at a cost of US$1.

It is further alleged that the same customer then went back in the queue to make their second payment for a similar meal, at 10:33am, using Zimbabwean dollars to which he received a receipt of Z$200.

Somizi And MamKhize Go On Head To Head