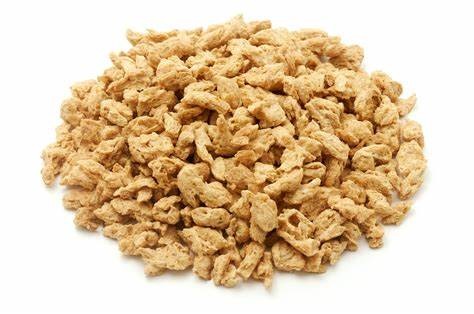 A fight over relish turned ugly for a Bulawayo man after he was arrested for fatally assaulting his wife.

Tuckson Makotore (37) was charged with physical abuse after he allegedly assaulted his wife whom he had found cooking soya chunks for supper instead of eggs.

“I can confirm that we arrested a man who assaulted his wife after he found her cooking chunks for relish.”

Makotore pleaded not guilty when he appeared before Western Commonage magistrate Shepherd Mnjanja facing a physical abuse charge. He was remanded out of custody to next week on Monday.

The court heard that on the day in question, Makotore came home drunk and found his wife Grammar Machacha (33) cooking soya chunks.

He told her that he did not want chunks, but eggs.

Emotions allegedly boiled between the two as they argued over relish.

As they were arguing, Makotore reportedly reached for the tray and took a few eggs to cook, but his wife stood her ground.

In a fit of rage, Makotore grabbed the tray which had 21 eggs, and threw it on the floor, causing damage to the eggs.

He then turned on his wife and pummelled her all over the body with fists and kicked her while accusing her of disrespecting him, said the source.

It is further alleged that Makotore took the tomatoes that his wife sells and threw them away.

The matter was reported at Pumula police station leading to the arrest of Makotore.

Police summoned an ambulance which quickly came and ferried the woman to the hospital.

Speaking to a local tabloid, Assistant Inspector Nomalanga Msebele urged members of the public especially couples to try by all means to solve their problems amicably than resort to violence.

The post Man Arrested After Bashing Wife For Cooking Soya Chunks For Supper Instead Of Eggs appeared first on iHarare News.