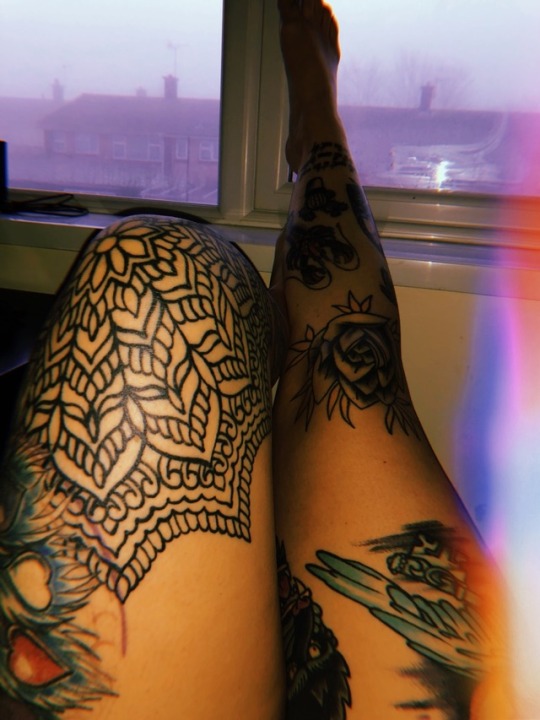 Man Divorces Wife For Having Butt And Inner Thigh Tattoos

A Zvishavane man has reportedly filed for divorce because his wife got tattoos on her butt and another one on her inner thigh reading “forever”.

Agrippa Mazvipa from Makwasha suburb,  claims the tattoos spotted by his wife Shylet Machingauta deeply hurt him as they hinted that she was cheating on him, B-Metro reports.

In court papers, which are set to be heard at the Zvishavane Civil Court, Mazvipa stated that as a Christian he hates tattoos, and the ones spotted on his wife just put him off.

“I am customarily married to Shylet Machingauta and we have two minor children together. Our marriage has irretrievably broken down as I suspect that she is cheating on me after she got tatoos on her back and another one inscribed on her inner thigh reading ‘forever’,” reads part of the court papers.

Mazvipa also revealed that the fact that his wife got the tattoos at the instigation of her friends also “disgusts” him as they seem to remind her of a special time with someone else.

“She got the tattoos without my knowledge and I was quite shocked, especially when she told me that she did it on the advice of her friends. I was respecting her as my wife and mother of our children until the day she showed me the tattoos.”

Mazvipa also further argued that there was no love anymore between him and Machingauta, reiterating that their customary marriage had irretrievably broken down and there were no prospects of a restoration to a normal relationship after Machingauta refused to get rid of the tattoos.

“We are now living separately and as a result there are no prospects of restoration to a normal relationship because we now have irreconcilable differences which render the continuance of the relationship impossible,” read the papers in part.

Meanwhile, Machingauta’s response is set to be heard when the parties appear in court.