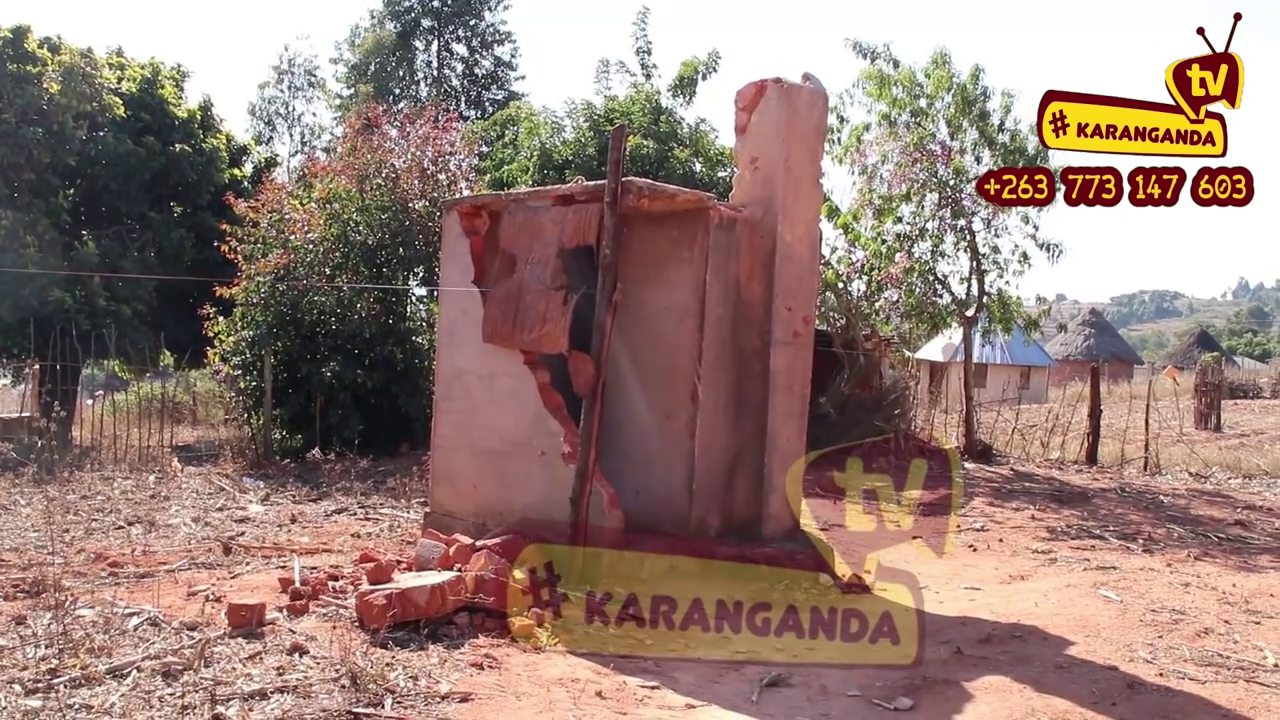 In a bizarre occurrence, a Manicaland man is reported to have spent 8 years living on top of a Blair toilet, shortly after being released from Chikurubi Maximum prison.

The strange incident occured in Mandeya Village, Ward 11 under Chief Chidawanyika. The now 39-year-old man spent close to a decade living on top of the lavatory after he was released from prison. According to his mother, he was jailed after he killed his brother during a heated argument over food. The ex-convict was reportedly released during a presidential amnesty.

After his release, the man took to sleeping on the roof of the Blair toilet. His family initially tried to get him to come down, but eventually gave up. His mother Mbuya Tsogodo, said she would give him food, blankets and other essentials while he was on the toilet. This was confirmed by the village head, Sabhuku Mandeya.

The man finally came down the Blair toilet this year. This was after his younger brother, who was frustrated, with the situation, demolished part of the Blair toilet. After the structure became unstable, the older brother was forced to come down.

He is now staying in a partially completed house. However, according to villagers, his body now seems deformed from living on the roof for so long. He now walks with a strange gait.

When Karanganda TV questioned him about staying on the roof of the Blair toilet he admitted that it was so. He justified his strange behaviour by saying that he was afraid of snakes. He said that when he was released from prison, his house had no door. Thus, he had stayed on the roof of the toilet, where the snakes would not have been able to get at him. Since coming down from the toilet, he keeps a fire burning in his house to keep snakes away.

His mother appealed for help from well-wishers saying that she is currently surviving by doing menial jobs. She also said she was struggling to help the children of her deceased son who was killed by his brother.

The post Man Spends 8 Years Living On Top Of Blair Toilet After Being Released From Prison appeared first on iHarare News.