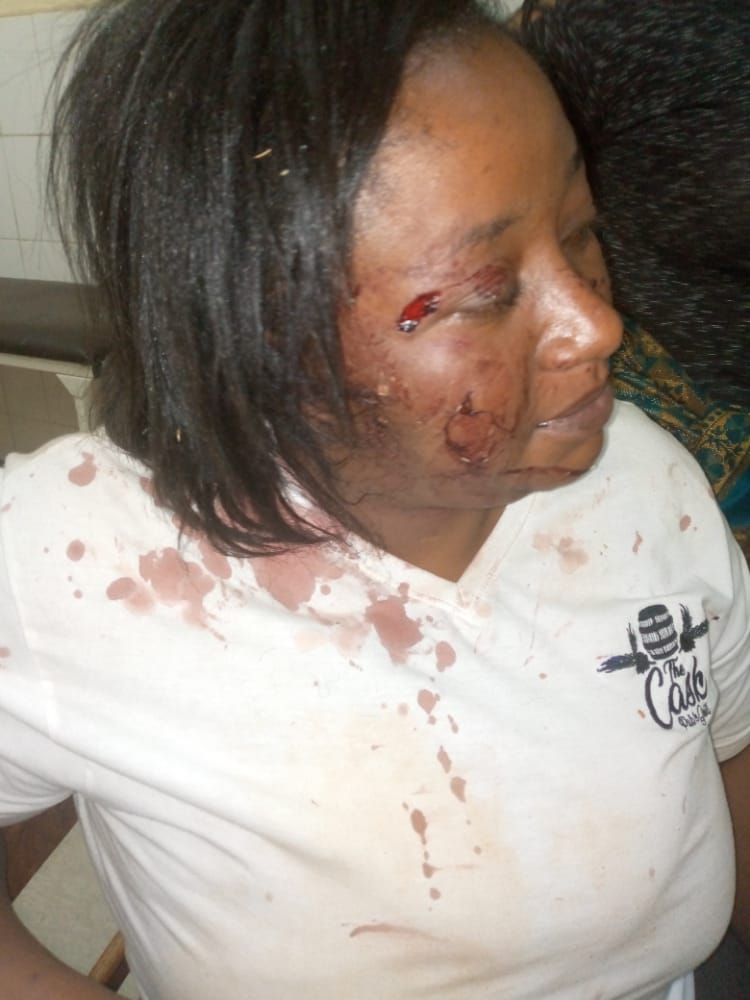 The Gweru assistant District Development Coordinator (DCC) Tarisai Mudadigwa has gone on the run after he allegedly attacked and stabbed his girlfriend, following a heated argument on infidelity.

Mudadigwa’s lover Vimbayi Tagwireyi is currently battling for her life at the Gweru General Hospital after being stabbed in the face by Mudadigwa.

According to online publication Commutalk, Mudadigwa is reportedly on the run after a police report was filed against him at the Mkoba Police Station.

Sources close to Tagwireyi told the publication, that the manager of the Cask Bar has been going through hell in her relationship with Mudadigwa who is alleged to be extremely jealous and violent.

“It’s really painful to see a beautiful soul like Sisi Vimbai being tormented like that. We have been warning her as she has been assaulted several times by Mudadigwa. But like they all say love is indeed blind. She is lucky to be alive after being stabbed.

“What really worries us as colleagues is that Mudadigwa has his own wife but is so jealous to the extent that he doesn’t want to see Sisi Vimbai talking to any man even clients. It’s indeed a sad situation and we hope one day she will realize before it’s too late”, said a colleague who refused to be named.

The Gweru assistant District Development Coordinator is no stranger to controversy.  In 2021, during the Covid-19 pandemic,  Mudadigwa is alleged to have demanded money from farmers so that he could issue them with clearance letters allowing them to travel during the hard lockdown period.

The post Married Gweru DCC Goes On The Run After Stabbing Girlfriend In Jealous Rage  appeared first on iHarare News.