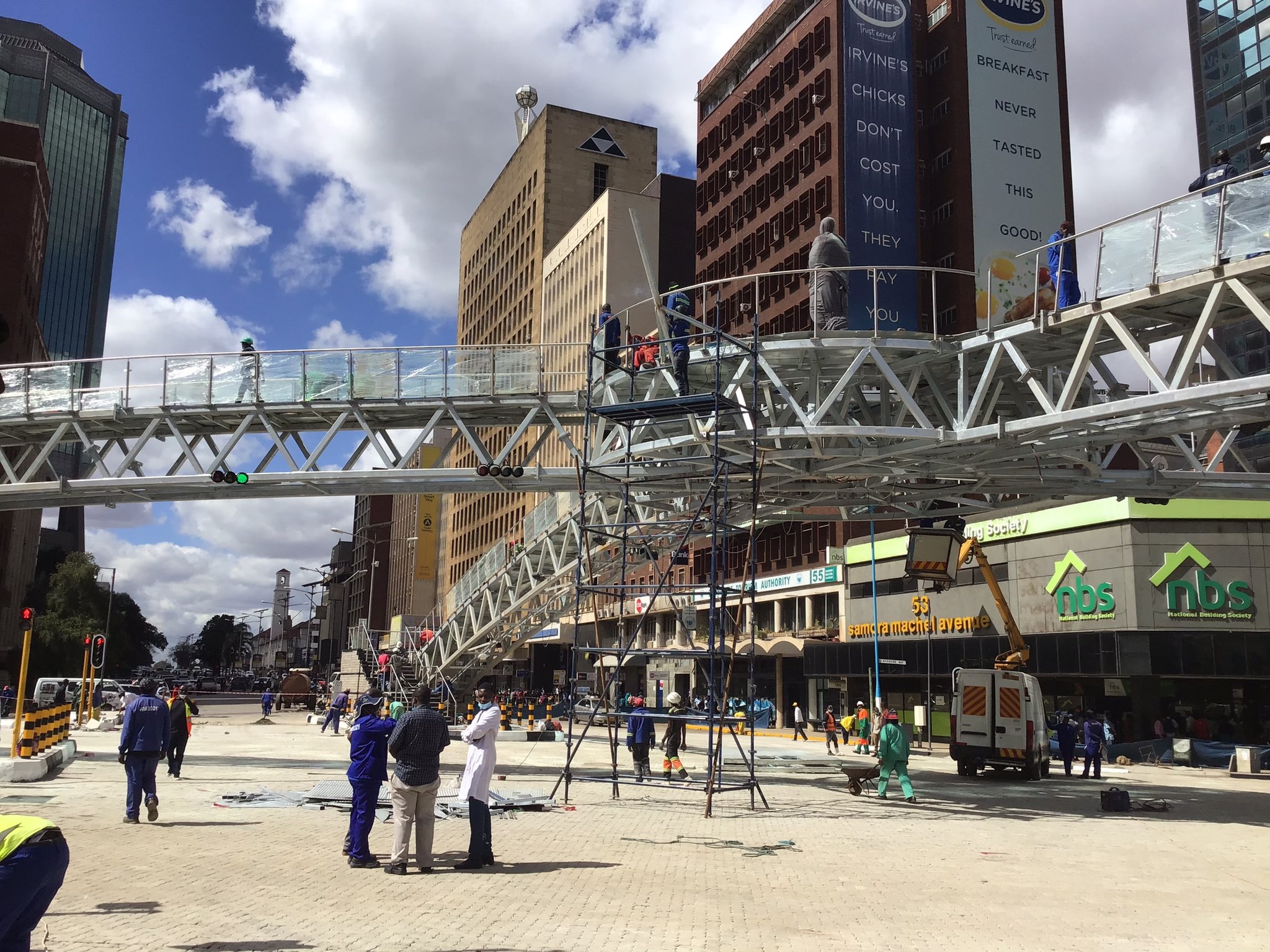 The statue of Zimbabwe’s heroine Mbuya Nehanda is set to be unveiled today by President Emmerson Mnangagwa as part of Africa Day commemorations running under the theme “Arts, Culture and Heritage: Levers for Building the Africa we Want”.

The statue which stands in honor of Mbuya Nehanda, was erected at Julius Nyerere and Samora Machel junction in Harare Central Business District.

When the statue was first unveiled in November last year, it caused a lot of controversy as many Zimbabweans online argued that they could not relate with the statue.

Some said that the sculptor had taken artistic license to a new level, and had made his own version of Mbuya Nehanda which was completely different from the one that people know from history books. Some were also not happy that Mutasa had taken the liberty to sexualize the Chimurenga icon by giving her perky breast and a voluptuous figure.

However, others defended the artist’s impression saying that he had depicted Mbuya Nehanda Charwe Nyakasikana in her prime before she had been ravaged by the torture and the ill-treatment from the settler regime.
President Emmerson Mnangagwa was also not impressed by the youthful-looking statue, which was made by David Mutasa. He rejected the first controversial statue of the liberation icon and ordered the sculptor to redo the statue.