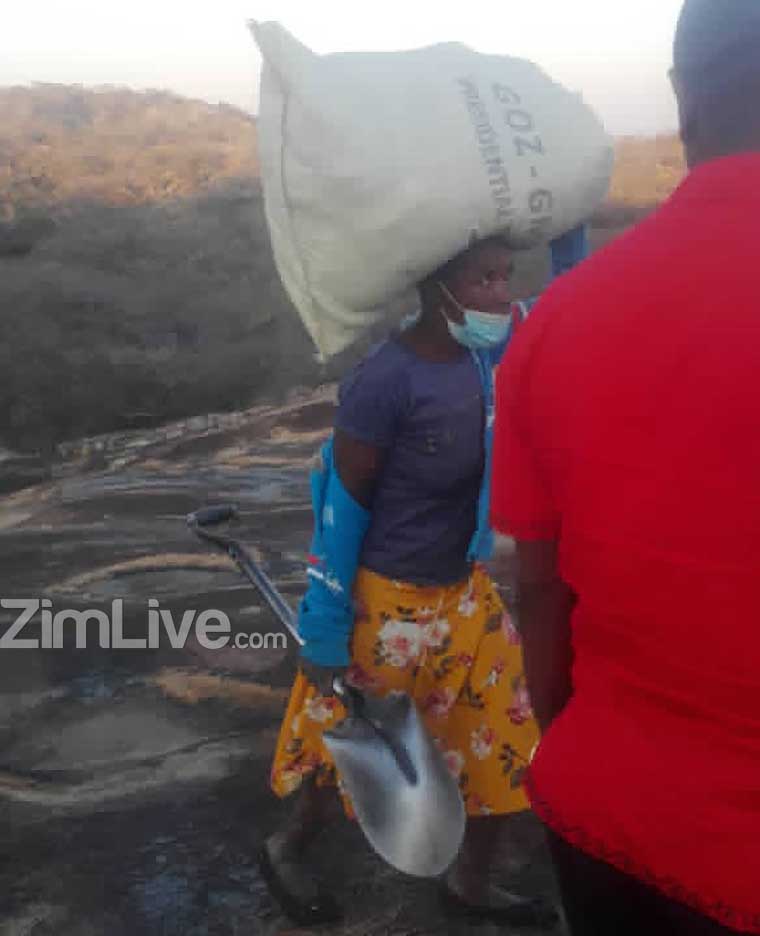 A 49-year-old woman who stands accused of killing her live-in lover was recently forced to dig up his remains by the police. After digging up the remains, the mother of seven was forced to carry them down the mountain, after she had burned and buried the body in a shallow grave.

A video of Siphathisiwe Sifiso Dube digging up the body of Stanley Moyo while being taunted by police detectives has since been released by online publication Zimlive.

Sifiso Dube appeared in court last Friday to answer charges of killing Moyo. She is alleged to have teamed up her with son, Mqondisi Mnkandla, 20, and brother, Bhekimpilo Nkomo, 42, to kill Moyo following a dispute.

Filabusi regional magistrate Abednico Ndebele remanded the three in custody and advised them to appeal for bail at the High Court.

The cause of the dispute was not revealed in court. However, according to Ward 1 councillor Festas Ndlovu, the two had a history of domestic abuse. The now-deceased is suspected to have tried to burn down Dube in one of the huts following a heated dispute.

She allegedly teamed up with her son and brother and turned the tables on Moyo. The trio allegedly savagely assaulted him. After Moyo succumbed to the injuries sustained during the assault, the trio allegedly buried him in a shallow grave on a nearby mountain.

A few days later, however, some dogs dug up the body and started feasting on it. The trio then burned the rest of the body before reburying it.

However, the local community noticed Moyo’s absence and started asking questions. The councillor for the area, Festas Ndlovu, told the publication,

“Neighbours began enquiring where the man was when he could not be seen in the homestead. I understand a child who was staying with them told friends what happened until the matter reached the elders.”

The post Mother Of 7 Who Killed Lover Ordered To Dig Up & Carry His Remains From Mountain appeared first on iHarare News.