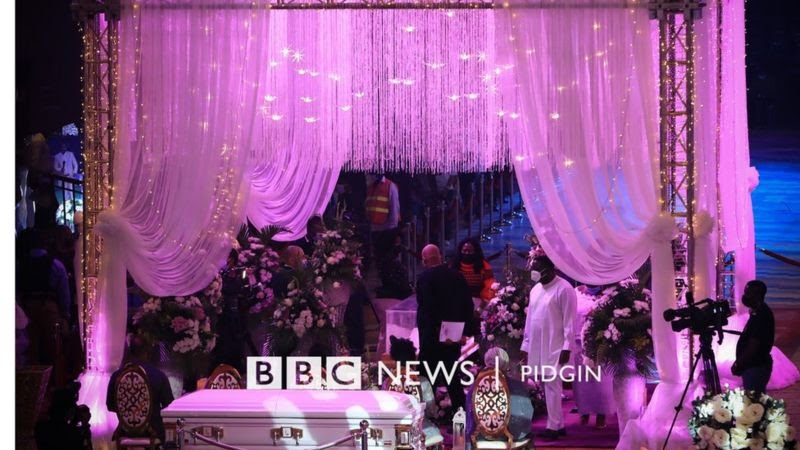 Following the latest report by The Synagogue Church of all Nations (SCOAN), it seems like the late Nigerian pastor and televangelist TB Joshua is still performing miracles in his coffin.

Taking to Twitter, TB Joshua’s church revealed that some mourners allegedly vomited blood and other poisonous substances at TB Joshua’s week-long funeral service as he laid in state at his church in Lagos.

After the contrary spirits in them manifested and they vomited the poisonous substances in their systems, several people testified about the healing and freedom that they received. #TBJoshuaLegacy pic.twitter.com/a1Wl8o9Bci

Hundreds of mourners yesterday filled the SCOAN for day four of the week-long funeral, to pay their final respects to TB Joshua who died on June 5 shortly after a live broadcast.

TB Joshua’s body was escorted by a motorcade of motorcycles during the procession to The SCOAN, in Ikotun-Egbe, Lagos.

He will be laid to rest on Friday (today) and this segment of the funeral procession will also be open to the public, although with limited seating in line with Covid-19 regulations.

The week-long funeral service will end with a thanksgiving service on Sunday, which will also be physically open to only a limited number of people.