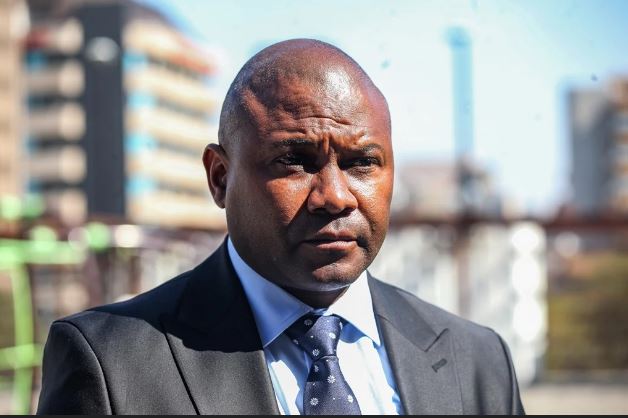 Zimbabwean-linked Johannesburg Mayor, Jolidee Matongo, has died. He passed away this evening in a car crash accident.

The newly appointed mayor died hours after participating in an ANC electioneering programme with President Cyril Ramaphosa in Soweto.

It is sad to hear that the mayor of Johannesburg @matongo_jolidee has died in a car accident.

Matongo’s appointment was polarizing in some South African circles after he mentioned that his father was from Zimbabwe.

He is seen in this picture today with President Ramaphosa.
RIP pic.twitter.com/yvOengqbLq

https://platform.twitter.com/widgets.js
Matongo’s sudden death comes after he had been at the helm of the mayoral office for just over a month. He was elected unopposed as Joburg Mayor at a council meeting on August 10.

His appointment as Joburg Mayor attracted massive criticism after he proudly announced his Zimbabwean roots during his acceptance speech.

“I Jolidee Matongo, the son of the late Zimbabwean immigrant Edmond Matongo, do hereby accept the nomination for the position of executive mayor of our city,” he said.

The hashtag #WeRejectMayorOfJHB went viral on Twitter after a faction from South Africa called for his removal from office on the notion that he was not South African.