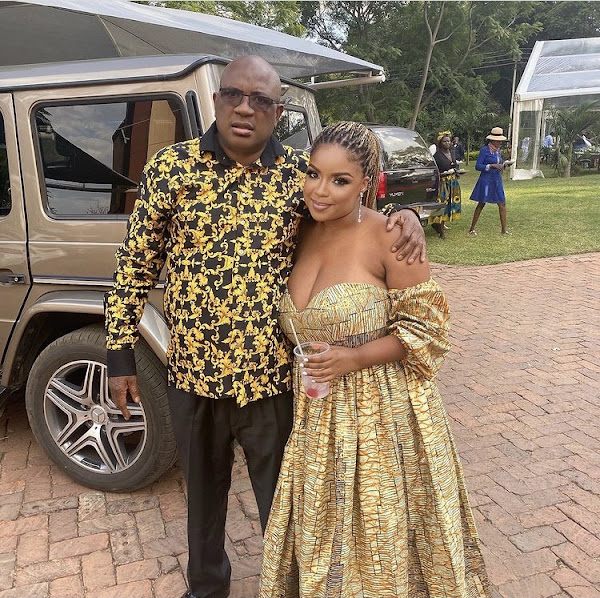 Daughter to prominent businessman and millionaire Philip Chiyangwa has set up a Go Fund Me account to raise funds for a tummy tuck surgery.

Michelle Chiyangwa decided to start a crowdfunding campaign after she asked her followers on Instagram whether they would be willing to help her out if she started a Go Fund Me campaign so that she can have a tummy tuck.

After getting a nod from her followers, Michelle immediately went on to set up a crowdfunding campaign titled ”  Lets Save Michelle’s Back Today” on Go Fund Me.

A tummy tuck, also known as abdominoplasty or liposuction, is a cosmetic surgical procedure. This type of plastic surgery helps to improve the appearance of the abdomen by making it thinner and more firm.

Explaining the reason why she decided to settle for a tummy tuck, Michelle revealed that sometime in 2012 she discovered that she had (PCOS) Polycystic Ovarian Syndrome, which causes her to gain weight and have cystic acne.

Michelle revealed that she has tried to work out and go on a diet so as to lose the excess weight but her efforts have all been in vain as she has barely lost any.

“I have tried to manage it by going on diets and exercising. Each time I go on a weight loss journey it is a struggle to work out because number one my breasts are an F Cup and cause a strain on my back and I have never been able to get rid of my stomach, which I think is associated with PCOS because I have genuinely cut out sugar, carbs and alcohol before and I barely lost any weight,” she said.

She believes her weight gain is associated with Polycystic Ovarian Syndrome which no diet or exercise regime can deal with.

She is hoping to raise at least £7,300 so that she can get a tummy tuck and breast reduction surgery.

The post Philip Chiyangwa’s Daughter Sets Up A Go Fund Me To Raise Money For A Tummy Tuck Surgery appeared first on iHarare News.