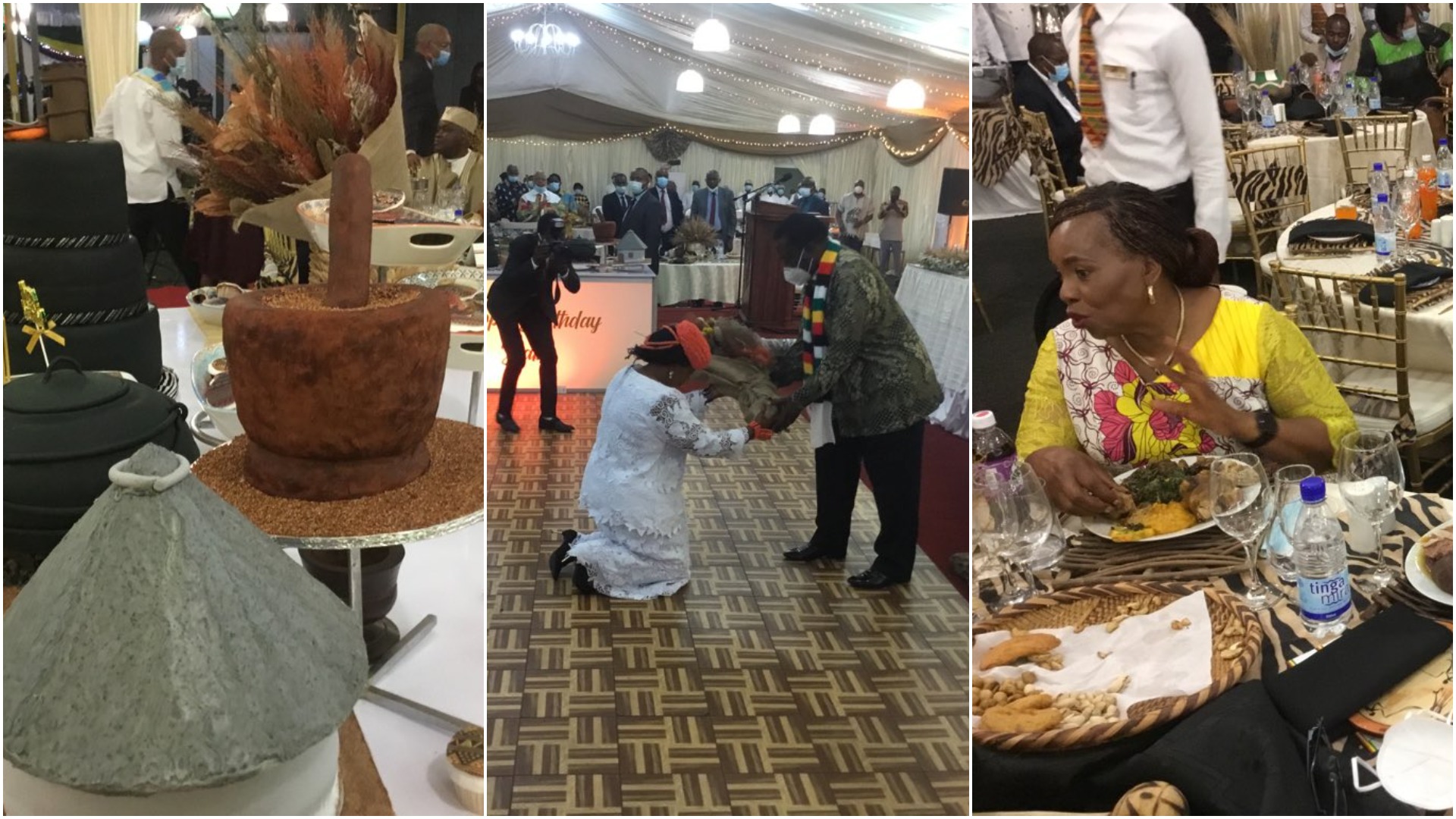 President Emmerson Dambudzo Mnangagwa celebrated his 79th birthday on Wednesday. As part of the celebrations, a special birthday dinner was held at the statehouse.

The 79th Birthday celebrations were organised by First Lady Auxillia Mnangagwa and had an African traditional theme. The event was opened by, Chief Secretary to the President and Cabinet, Dr MJM Sibanda. Dr Sibanda called on the nation to reflect on the journey travelled by His Excellency President Emmerson Mnangagwa. He also paid tribute to the First Lady who organised the birthday celebrations.

The First Lady followed up with a speech in which she paid tribute to her husband and recounted the journey they had walked together as husband and wife. She thanked Zimbabweans for wishing her husband well. Amai Mnangagwa also revealed that the President prefers traditional dishes which include wheat sadza with traditional relish dishes. She finished off by wishing President Emmerson Mnangagwa a resounding victory in the 2023 Harmonised General Elections.

The First Lady topped off her speech by kneeling and presenting a bouquet of flowers to her husband in true African style. Below are some of the pictures from President Emmerson Mnangagwa’s 79th birthday celebrations courtesy of presidential spokesperson George Charamba.