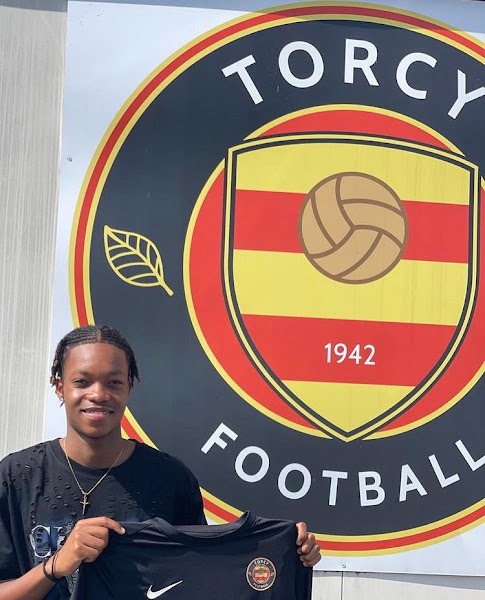 18-year-old Nathan was signed to the French lower league side, US Torcy which also happens to be the former club for Manchester United central midfielder Paul Pogba.

Adrien Hunou, Mourad Meghni, Yohann Pelé, and Jeff Reine-Adélaïde are some of the international football players that have played at Torcy.

Ecstatic about this big move, Nathan took to Instagram to share pictures of himself signing for Torcy Football Club.

“All the training and game sessions were not in vain, but the work doesn’t stop. Now you have an even harder work to do, to grow, get better and maintain and build up the status . All the Best son. ?? . Well deserved. And congratulations.”

Nathan is already making international strides and Pokello is fully supportive of his ambitions of becoming a professional football player.

At the age of 15, the young talented football star made his debut and in 2018 he was selected to be part of the Young Warriors squad which took part in the Cosafa U-17 tournament.

When he was selected to be part of the Young Warriors squad, Pokello gushed in happiness and gave him her blessings.

“It’s an honour to play for your country son, the youngest on the team too. I think I’m finally ready to let you go, it’s your time now soar with the eagles Nathan,” Pokello said.