Home
Crime and Courts
Prophet Battling For His Life After Being Kidnapped, Bashed By Angry Husbands For Seducing Their Wives 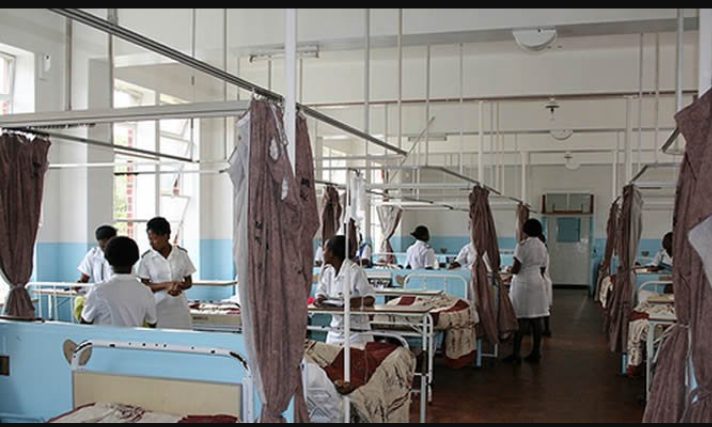 Prophet Kidnapped By Angry Husbands After Seducing Their Wives

A philandering self-proclaimed prophet who was in the habit of seducing his married clients was kidnapped by two furious husbands, thoroughly bashed and held for ransom after they learned of his shenanigans.

34-year-old Naison Sithole from Old Town, Chimanimani is said to have seduced the wives of Joro Chizango and Moses Chokurwarara when they visited his shrine for spiritual healing.

When Chizango and Chokurwarara who live and work in South Africa learned off the illicit affairs, they teamed up to exact their revenge from the philandering “man of God.” The two men are from Chikwidzire Village under Chief Mutsongi of Mozambique.

Chizango and Chokurwarar are alleged to have lured Sithole to Mozambique under false pretences where they kidnapped and assaulted the self-proclaimed prophet. They then demanded R10 000 ransom as compensation from his wife.

“Choukwarara and Chizango were in South Africa when they got wind of the secret affairs.

“They travelled back home to Mozambique and later crossed into Zimbabwe on June 3 in the company of Nepi Maphosa who acted as their tour guide.

“They went to Sithole’s shrine and lured him to Mozambique by lying to him that someone desperately required his services there. They left for Mozambique in a South African-registered vehicle”

The three men are alleged to have taken the prophet to Chikwidzire Village in Mozambique where they assaulted him and held him hostage.

They ordered Sithole to call his wife, Netsai Manjani, to inform her that he had been kidnapped due to his shenanigans. The kidnappers also demanded R10 000 ransom to release the lecherous prophet.

The police then tracked the kidnapers up to the border with Mozambique. Realising that they had no jurisdiction to cross into Mozambique, the police enlisted the help of a Chimanimani village head, Peter Mutsvangwa, to assist them in negotiating with the Mozambican traditional leaders.

“Village head Mutsvangwa teamed up with his aides and crossed into Mozambique to liaise with village head Chikwidzire to facilitate Sithole’s release.”

A badly injured Sithole was finally released following a long and intense argument between village head Mutsvangwa and the kidnappers. He has since been admitted at the Chipinge District Hospital where his condition is said to be critical.

The police have since engaged Interpol to bring the three kidnappers Chizango, Choukwarara and Nepi Maphosa to justice.

The post Prophet Battling For His Life After Being Kidnapped, Bashed By Angry Husbands For Seducing Their Wives appeared first on iHarare News.