Home
Crime and Courts
Rihanna Rumored To Be Pregnant 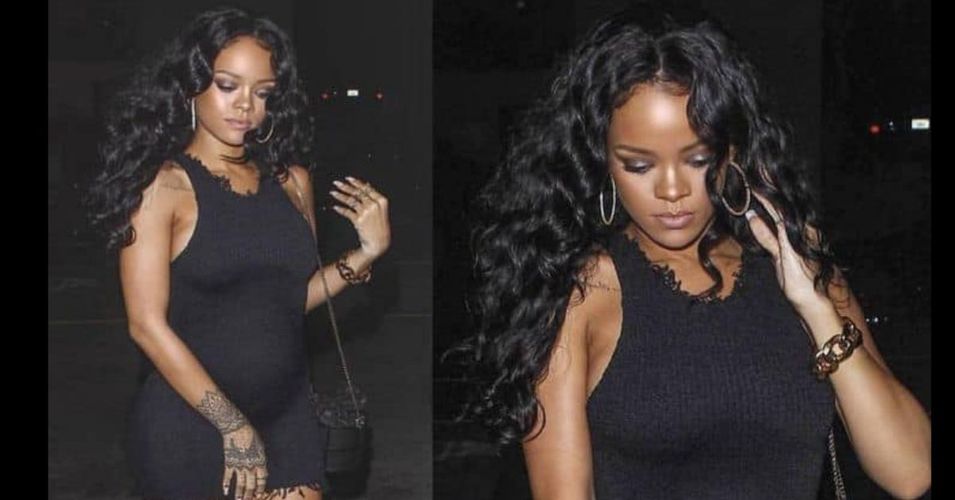 Rihanna Rumored To Be Pregnant

Rihanna’s fans, The Navy, is angered over the possibility of Rihanna carrying A$AP Rocky’s Baby

The rumours of the singer’s pregnancy began when her fans saw photos of her Dazed magazine cover shoot.

The 33-year-old is seen with her body facing away from the camera on the cover shoot which sparked rumours she’s hiding a baby bump.
In another shot, the singer is wearing long locks that are draped all around her stomach along with the hair covering it.

She also received pregnancy comments from the Navy when she arrived at the Met Gala dressed in oversized looks alongside her boyfriend A$AP Rocky.

Rihanna and ASAP were both spotted in seriously oversized looks for the “In America: A Lexicon Of Fashion” theme.

She appeared at this year’s gala in a ruffled Balenciaga overcoat and matching hat while
A$AP wore a colorful, specially made quilt.

The Fenty Beauty creator never took off her coat the entire evening and this as well caused her fans to pray that she’s not pregnant as they don’t want her to date ASAP Rocky.

Here were some comments:

“It’s going to be hell on here when Rihanna reveals she’s pregnant by A$AP Rocky.”

“Please stop putting this energy into the universe PLEASE.”

“I tell myself that she’s not interested in having kids so I can sleep at night.”

Why The Navy dislikes her boyfriend ASAP Rocky

The singer has received backlash from her fans over her relationship with A$AP Rocky who is believed to be a colourist.

Rocky was criticized for stating that dark-skinned women should not wear red lipstick in a 2013 interview with Coveteur Magazine.

“But for real, for me, I feel like with the red lipstick thing it all depends on the pair of complexion. I’m just being for real. You have to be fair-skinned to get away with that.”

A thorough review and research of several fashion blogs has however revealed that the photos were taken in April 2014 as the star visited a Los Angeles restaurant. Unaltered images from the same night show Rihanna with no obvious signs of pregnancy. The star has not recently announced that she is pregnant.

The post Rihanna Rumored To Be Pregnant  appeared first on iHarare News.