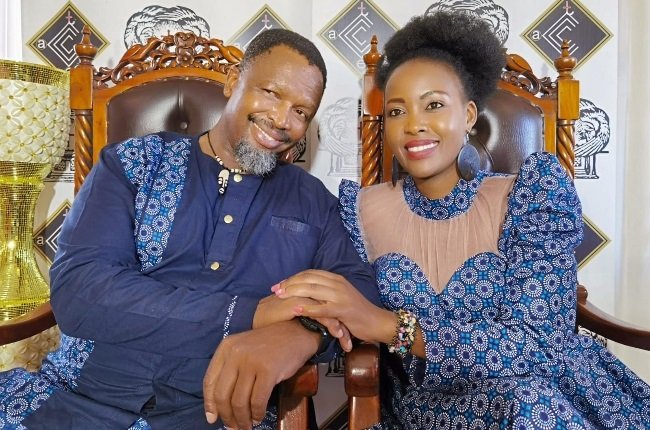 It is reported by Sunday World that the actor has been served with two letters of demand by his ex-wife, Palesa Mboweni to pay her over R213 000 in legal fees, spousal maintenance, and a share of the division of a joint estate.

The actor, who just married Pearl Solo Mbewe in Zanzibar last month, divorced Palesa half a decade ago after less than a year of being married.

His divorce settlement states that he’s expected to pay legal fees and spousal support for her and buy her out of their Dube house in Soweto as they were married in a community of property.

The second letter states that he must pay the legal fees for the telephone calls her lawyers made to his attorneys to enquire about spousal maintenance.

Sello stated that he received a letter of demand from his ex-wife when he was contacted and admitted that he was in arrears because he’s unemployed.

He added that his current wife is maintaining him because he’s not working and said it’s been difficult to get employment because of Covid-19.

His ex-wife lashed out on him and as he’s in default since 2017 and beyond overdue and said his arrears are proof that the former The Queen actor has total disregard for the law.

“We have been very patient with him and each year affording him [the] necessary indulgence, hoping he’ll repent or realise that no matter how long he takes, the arm of the law is much longer.”