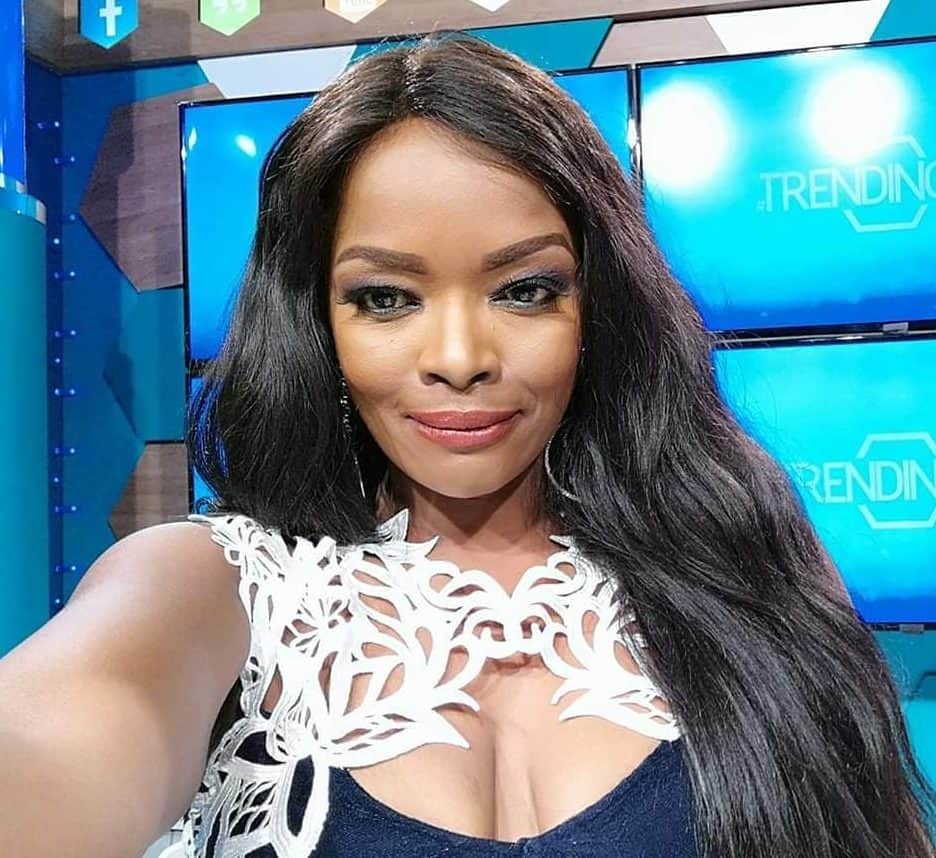 Popular actress and media personality Kuli Roberts has bagged a role in a new Netflix movie after getting booted out from politics.

Kuli Roberts, who played the role of Mildred on “The Queen” has scored an acting gig on a new movie titled “Angelina“.

Speaking during an interview on her new acting role, Kuli Roberts reveals that she plays the role of a prostitute, Tina. She said the new movie is based on a story about a former parking attendant who is diagnosed with a fatal disease and puts her dream of travelling the world into action.

Kuli Roberts claims that when she was approached with the role,  at first, she thought it was all a joke until she saw the cast list.

Kuli Roberts’ new gig comes after she made headlines a couple of weeks ago announcing her return to politics.

She was running as the candidate councillor for Ward 65 in Tshwane.

Kuli Roberts had become the latest Mzansi celebrity to join the political space and run for office.

Sadly, her political career was short-lived after the ATM party released a statement a few days later to say it had decided to drop her.

The post The Queen Actress Kuli Roberts Bags A Role In A New Netflix Movie After Getting Booted Out From Politics appeared first on iHarare News.