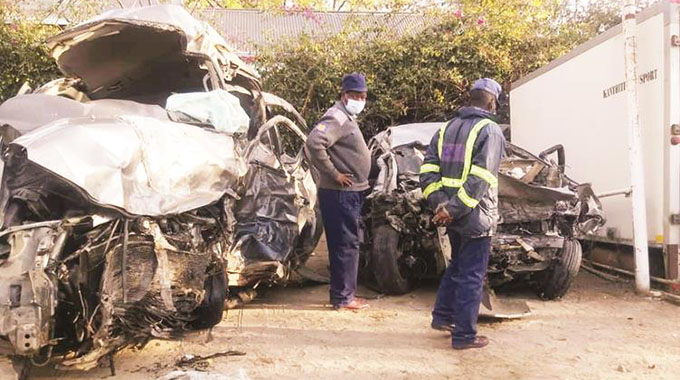 Four people perished in a horrific accident when their vehicle stalled and overturned several times on the Buchwa mountain in Mberenga. The deceased who were all members of the Zion Apostolic Sect had travelled to the mountain for an all-night prayer.

The terrible accident occured on Tuesday at around 4:20 AM. This was confirmed by Midlands provincial police spokesperson Inspector Emmanuel Mahoko. Speaking to the Chronicle, Inspector Mahoko identified the deceased as

The police spokesperson told the publication,

“Upon approaching a steep ascent along an unnamed disused mine road on top of Buchwa Mountain in Mberengwa the vehicle’s engine stalled.”

He went on to say that the vehicle rolled backwards and overturned several times while going downhill. All in all, the vehicle travelled a distance of roughly 200 metres while overturning.

“All the occupants were thrown out of the vehicle and died on the spot.

The police spokesperson urged all motorists to make sure that their vehicles are roadworthy before embarking on any journeys. Inspector Mahoko also called on motorists to avoid travelling along disused and dangerous roads.

“They should also avoid taking risks by travelling on disused and dangerous roads,” he said.

Articles You May Want To Read On iHarare,