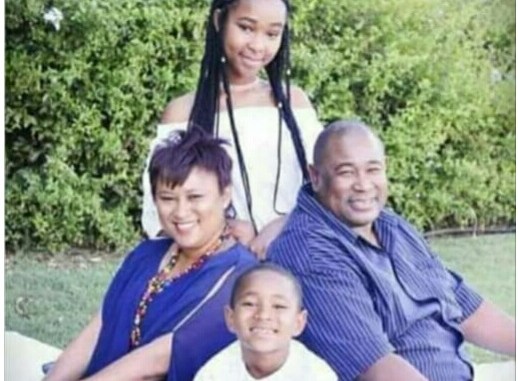 Kagande, 49, his wife Cindy 42, children Jade, 16, and Isiah, 13, succumbed to burns and fumes when a gas heater reportedly exploded.

The late sportsman coached rugby and basketball at St Georges and St Johns Colleges before his move to South Africa, The Anchor reports.

The publication also reports that family spokesperson Gary Kagande said the family was devastated by the death of Terry, his wife and children.

“As much as we as a family are in shock and would want to mourn our dearly departed brother and his family peacefully. We would want to dismiss with the contempt that they deserve, the rumours that police were investigating murder cases,” he said.

Gary, the former Zimbabwe Sables rugby player, said according to a police report given to Cindy’s sister in Bloemfontein, the children were sleeping in the lounge with the heater on while their parents were in their bedroom.

The blanket they were using reportedly caught fire and melted the gas pipe from the heater leading to the explosion.

Toxic gases and smoke inhalation killed both Terry and Cindy before they could rescue their children or themselves.

Gary expressed the family’s gratitude to all people in Zimbabwe and South Africa who are assisting the family with funeral arrangements.

iHarare has also learnt that Terrence was the son of the late Herbert Kagande, who was the parish pastor at the New Apostolic Church in Hatfield and Jane Kagande, who lives in Bloemfontein, South Africa.