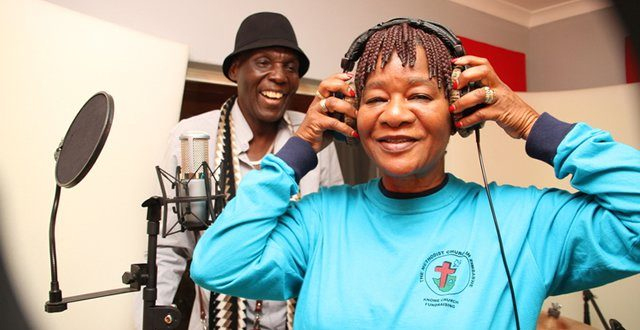 “Tuku Did Not Leave Any Money For Me”- Daisy Mtukudzi Reveals

Daisy Mtukudzi, widow to the late music legend Oliver ‘Tuku’ Mtukudzi has refuted claims that she inherited all her late husband’s money and estate.

Speaking candidly during an interview with State media, Daisy revealed that contrary to the common belief, her late husband did not leave any money for her.

“Tuku did not leave any money for me. Many people think he left a lot of money but he did not. I have no money. I am failing to complete execution of his estate because l have no money,” she said.

Daisy claimed that the late national hero was broke and didn’t have any money.

Daisy said life has been tough following her husband’s death. She added that she is struggling to make ends meet.

Earlier this year, Daisy mentioned that she was now struggling like any other widow as she feels deserted.

Meanwhile, more than two and a half years later since Oliver “Tuku” Mtukudzi died, Daisy is still mourning and struggling to come to terms with the death of her husband.

The post “Tuku Did Not Leave Any Money For Me”- Daisy Mtukudzi Reveals appeared first on iHarare News.