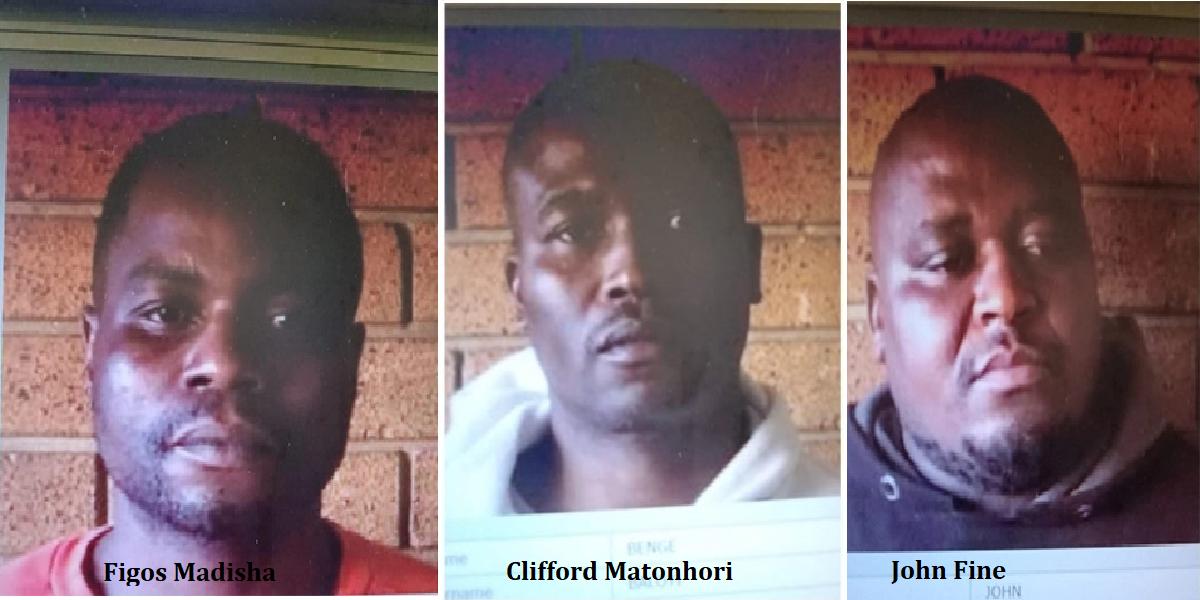 Two Zimbabweans who escaped from police custody on Wednesday evening have been rearrested.

The four-armed robbers were allegedly being transported from Polokwane Central Correctional facility to Mokopane in Limpopo province when they made their escape.

Hove is still on the run.

He said the four hijacked two trucks while on the run.

“Four suspects fitting the description of the ones who escaped from the police van along the R101 road south of Polokwane allegedly hijacked a truck and later abandoned it at Ysyerberg on the N1 road,” Mojapelo said.

Brigadier Mojapelo added that the same suspects allegedly hijacked another truck the next day at Nyl Plaza toll gate and drove it towards Modimolle with the victims inside. The truck hit one of the barricades at Kranskop toll gate and the suspects jumped off and fled into the bushes.

However, a search operation involving Limpopo highway patrol, the SAPS Airwing, trackers, and community members led to the re-arrest of the men.

The four had been arrested and convicted of armed robberies in April 2019 along the N1 road in Belabela, Modimolle, Mookgopong, and Mokopane.

They were scheduled to be sentenced last Friday before they escaped.