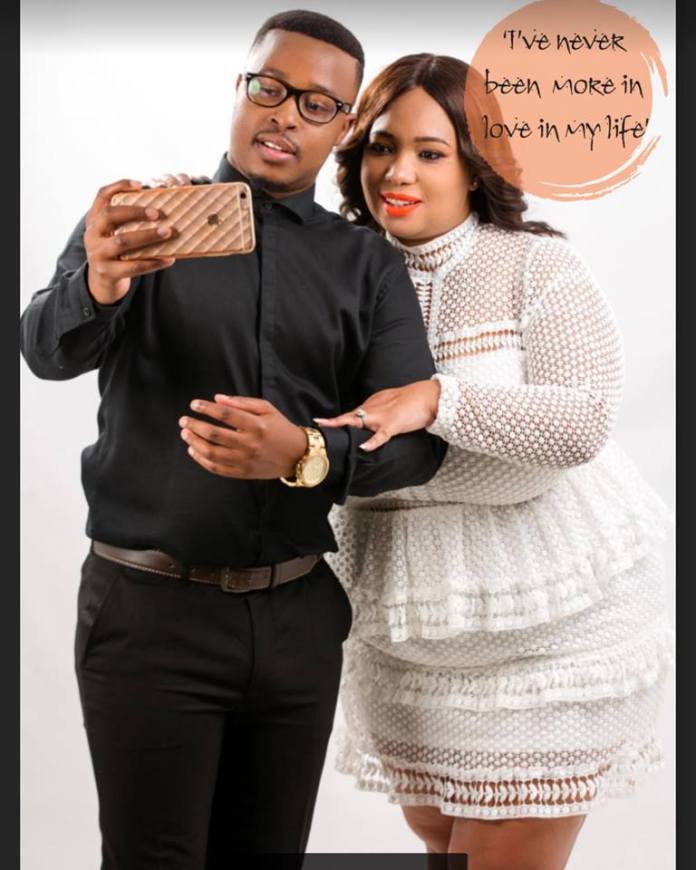 Tytan Proposes To His Wife Olinda For The Second Time

Love smitten Njabulo Nkomo popularly known as Tytan Skhokho has proposed to his wife, Olinda Chapel, for the second time.

The controversial United Kingdom-based businesswoman and socialite could not hide her joy taking to social media to flaunt her new ring.

//www.instagram.com/embed.js
Here is a video of Tytan going on one knee as he proposed to his beautiful wife again.

//www.instagram.com/embed.js
Olinda and  Tytan got married in Harare on June 29 2018 and their marriage still subsists even though Olinda officially called off their marriage in 2020.

During their highly publicized break-up, Olinda even filed summons against Tytan telling the High Court that she was too blinded to notice that he only married her in a bid to get British citizenship. Olinda accused her then estranged husband of being an opportunist and cheating on her.

However the two lovebirds patched things up and reunited earlier this year. Olinda and Tytan claim that their daughter’s prayers and covid-19 lockdown played a role in getting them back together.

With their strong bond, the couple is defying all odds and proving social media critics wrong who alluded that their reunion was going to end in tears.

Judging by this recent romantic gesture, it looks like the couple is ready to put their past behind and restart on a new leaf.

The post Tytan Proposes To His Wife Olinda For The Second Time appeared first on iHarare News.