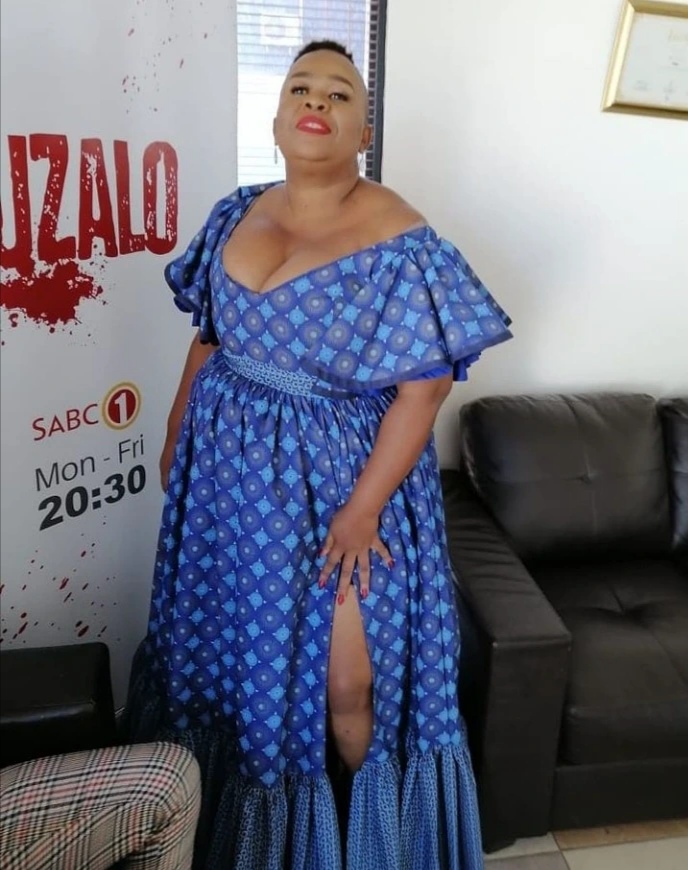 Mam’Madlala, like Zodwa Wabantu has made it clear she is not the type to be pursued by men of her age. Rather, she has a thing for younger boys whom she keeps shooting her shots on.

This time around she has pulled the desperate Sbu (Simphiwe Majozi) almost into her purse.

Before him was Khehla ‘King K’ as she affectionately called him.

Such has been the outspoken Mam’ Madlala character portrayed by Ntombifuthi Dlamini on SABC 1’s most watched daily drama Uzalo.

But is she the same person in real life? Does she also have a thing for Ben 10? – Many have queried countless times.

And finally she has come out to address her fans’ questions.

Speaking to the media on these concerns, Ntombifuthi has revealed that she’s totally the opposite of her character on Uzalo.

In real life she’s a shy person who leads a very private life.

“Mam’ Madlala talks too much and I’m different. I’m shy and not an extreme churchgoer like her,” she said.

She added that she doesn’t like talking about her personal life but what her fans need to be assured of is her intense dislike of younger boys.

Mam’ Madlala is in fact a family woman who’s blessed with two children.

“I don’t want to talk about my relationship in public. But, I’m definitely not into young boys. I’m a family woman with two wonderful children,” she was quoted saying.