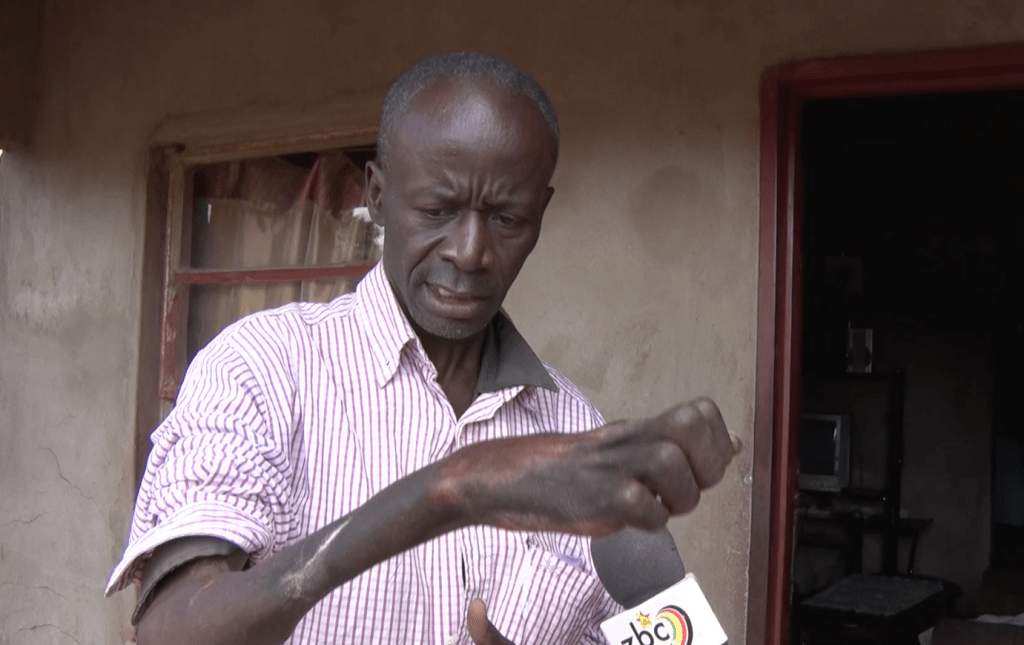 In a shocking case of domestic abuse, a 68-year-old man from Harare’s Glen View suburb is set to have both his hands amputated, following horrific injuries allegedly perpetrated by his wife and his in-laws.

68-year-old Adam Marimo said that he suffered severe injuries on his hands after he was brutally abused by his 53-year-old wife Maria Marimo and her relatives. The couple has been together for the last 35 years.

Narrating his ordeal to national broadcaster ZBC News, Marimo alleged that his wife and her relatives kidnapped him and transported him to Chiweshe in Mashonaland Central Province. He further alleges that Maria and his in-laws took him to a forest and tied him to a tree for several days.

During this time, Marimo sustained severe injuries as he tried to free himself from the ropes restraining him. The broadcaster reports that a medical report shows that some of the wounds went as deep as exposing the bones.

The damage to the hands is so bad that the sexagenarian is scheduled to undergo an operation to amputate both hands on the 27th of July. He is appealing for financial assistance from well-wishers to enable him to pay the medical bills.

Marimo did not reveal why his wife and in-laws subjected him to such a gruesome ordeal. However, he accused his wife of three and half decades of depriving him of his share of the money from rentals.

The 68-year-old owns a five roomed house which he inherited from his parents.

Maria on the other hand disputed her husband’s version of events. According to her, Marimo was tied up in the Chiweshe area, because she was conducting prayers with the assistance of her relatives. She claims the prayers were meant to help her husband whom she alleges was showing signs of mental illness.

According to neighbours of the couple, Marimo was an able-bodied and hardworking man before he was brutalized and maimed in Chiweshe.