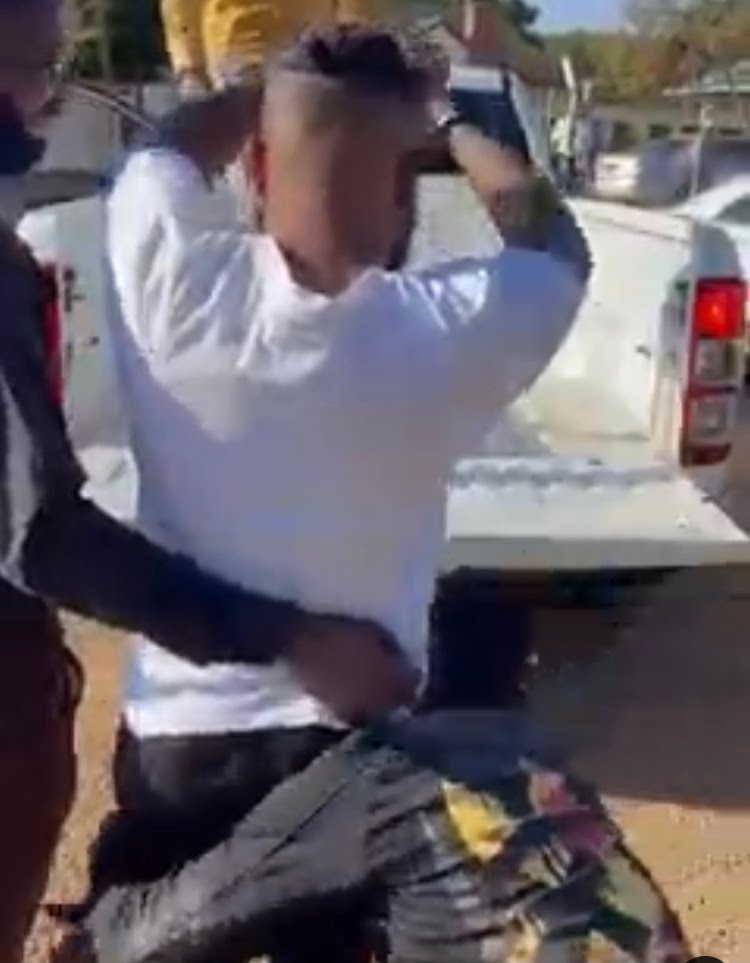 The whole drama was captured on camera showing the socialite being carried into the back of a pick-up truck by  police officers.

Although there is no official statement from the police regarding his arrest,  Zimcelebs reports that it is alleged that Fally Ipupa recently vandalized a Mercedez Benz E350 Bluetec by engraving his name “Fally” on the bonnet.

Earlier this year, Nellia was forced to speak out about their relationship after Fally dissed her on social media.

Fally is just but my babydad, there is nothing between me and fally ipupa jnr, am cool with my soulmate am with now. ”

In other news iHarare reported that, following a purported picture of musician Takura Shonhai kissing another man which made waves on social media recently, the artist made a statement dismissing the allegation.

In the statement, Takura denied that he is either of the two parties in the picture.

The participants often get paid through the number of streams, views, and tips from those watching from the “terraces.”

The Cowdray Park bred dancer-cum-musician, who moved to South Africa early this year to pursue her solo music career, said it was not her intention for her “little secret” to be of public knowledge.