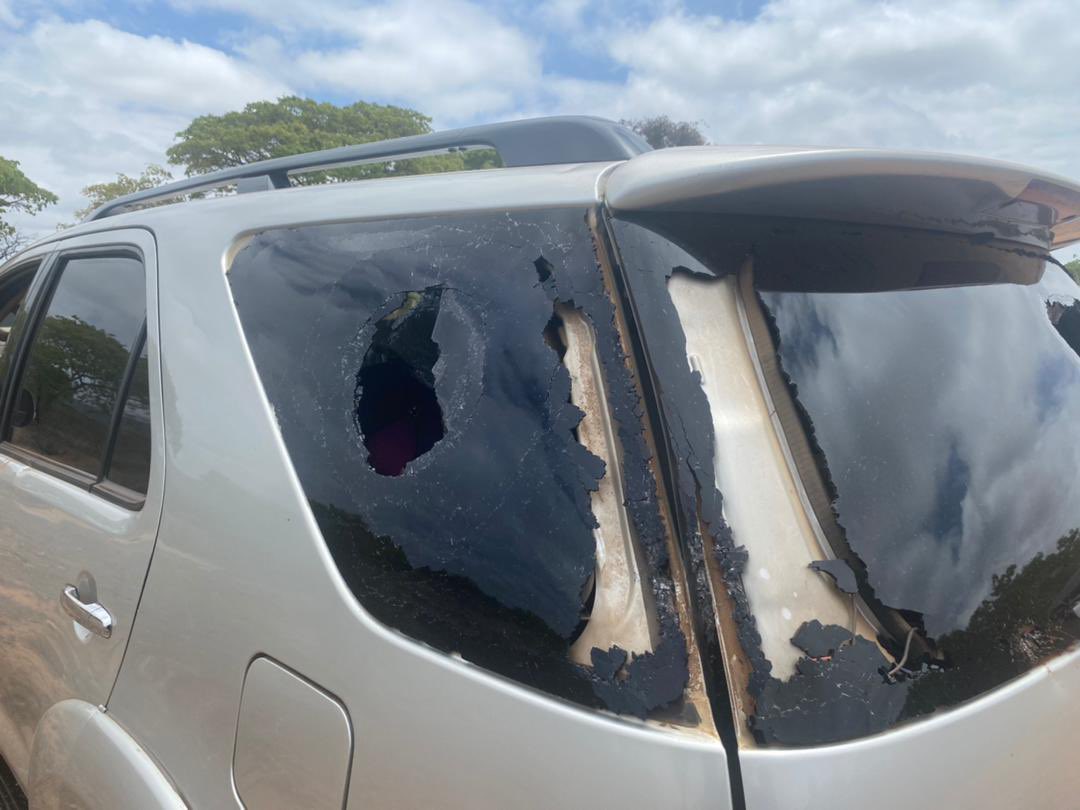 Journalist, Hopewell Chin’ono reported the incident with pictures of the damaged cars from the convoy making rounds on social media.

Cars were seen ferrying the rented crowd and co-ordinating the attacks as violent thugs held up printed posters.

This political violence is cause for extreme concern and a clear act of desperation by a bankrupt, illegitimate regime that has failed.

They are terrified of the unstoppable groundswell of citizen support for President Chamisa & the broad alliance forming in every village and every town to win Zimbabwe for change.

President Chamisa is currently embarking on a community citizens’ conversation interface in various provinces in line with our Agenda 2021.

The tour will see him engage citizens, civic leaders and special interest groups as we strengthen the broad alliance to win Zimbabwe for change.”

Spokesperson @advocatemahere will speak to Desert Radio of @TheNamibian at 2pm to discuss the Zanu PF-sponsored political violence that rocked Masvingo today. It happened as President @nelsonchamisa was on the way to community meetings that are part of his citizen interface tour. pic.twitter.com/JI0WlOlzmA

#VIOLENCE rocked Charumbira area as President @nelsonchamisa’s convoy was violently attacked by hired thugs. Members of the team were badly injured & ferried to hospital. Burning logs were used to beat up the delegation & block the road to Charumbira Village. pic.twitter.com/vzoXn7zku6