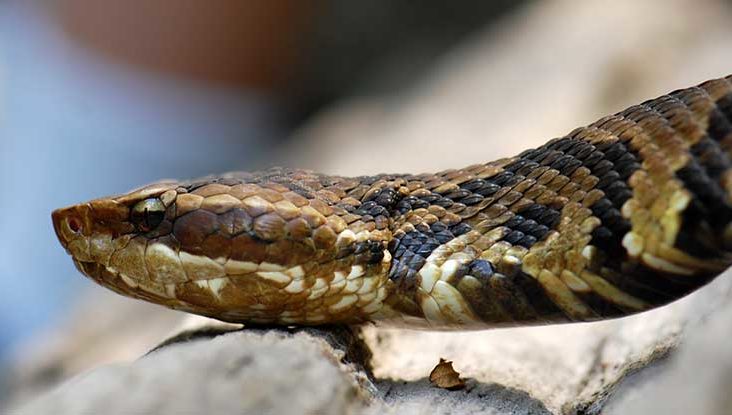 Residents in Bulawayo’s Cowdray Park suburb on Sunday reportedly demanded the immediate eviction of a self proclaimed faith healer from the neighbourgood after a snake believed to be his slithered into a neighbour’s home.

Residents allege that the faith healer’s “pet” had been spotted “relaxing” at his home on different occasions.

The snake, was reportedly first spotted by an ex-tenant at the home where the faith healer Jabulani Nyoni now resides.

It is reported that the ex-tenant was shocked at how the snake’s presence at the healer’s home was treated casually.

The former tenant had reportedly gone back to collect the rest of his belongings from the house which Nyoni started residing in last month.

Nyoni’s wife, Tinashe Ndlovu confirmed they were keeping snakes in their house, claiming they were only used for healing processes, iHarare has learnt.

She said the snakes were usually kept in a sack inside the house.

“My husband is a faith healer and most times people come to him requesting snakes for different reasons, so he catches them on their behalf. Most times we keep these snakes in a sack and for this one to be seen by people it had come out and was going into our neighbour’s house, we, however, quickly recaptured it and put it in the sack.

She also revealed that after catching a snake her husband keeps it for some time while performing the necessary rituals before handing it to those interested.

According to Ndlovu, after the snake had left the vicinity Nyoni instructed his younger sister on how to recapture it.

According to residents, Nyoni’s sister said she had to smear some portions of mysterious traditional medicine on herself before she handled the snake or it would bite her.

Contacted for comment, Cowdray Park councillor, Kidwell Mujuru confirmed the incident and said they had since reported the matter to the police, Sunday News reports.

Man Rapes, Stabs Lover 17 Times After She Dumps Him