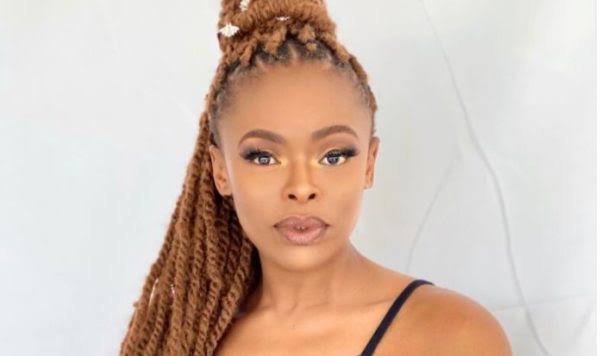 Why Unathi Nkayi Was Fired: The Full Details

Radio personality, Unathi Nkayi was fired this week after filing false abuse claims against her colleague, Sizwe Dhlomo. A recording of her off-air verbal feud with Dhlomo on 26 October proved  Sizwe’s innocence.

Various sources told Online sources that the problem began when Nkayi, who presented Midday Joy show on the station, complained that Dhlomo arrived late for the handover of his show, Afternoon Drive with Sizwe, which comes after her show.

The Idols SA judge complained that Sizwe’s late arrival made it difficult for her to do a full handover and introduce the highlight of his coming show. Nkayi told their mutual friend, that Sizwe was the worst person she had ever worked with as he was always late; rude; domineering and arrogant.

Sizwe reported her to management for “reputational damage” and the pair were in a heated argument after Nkayi accused Dhlomo of being late again for his preshow or handover meeting.
She reported Dhlomo to human resources and said he’d verbally abused her and used the F-word during their squabble.

“She was crying and claimed that Sizwe was yelling and even told her to ‘f***ing leave’. She also claimed that he was aggressive and left her feeling intimidated and that HR must act.”
HR called Dhlomo to the office after his show and questioned him about their squabble.

The microphones in the studio which recorded their argument proved that Unathi was lying and did not verbally abuse her. When she was told the audio did not support her version of events, she claimed it was manipulated which led to a disciplinary hearing and her dismissal.

Another source said the station manager, Sibongile Mtyali is accused of orchestrating her dismissal. Sibongile has been receiving abusive phone calls and text messages from people who are threatening her with violence since Unathi’s termination.