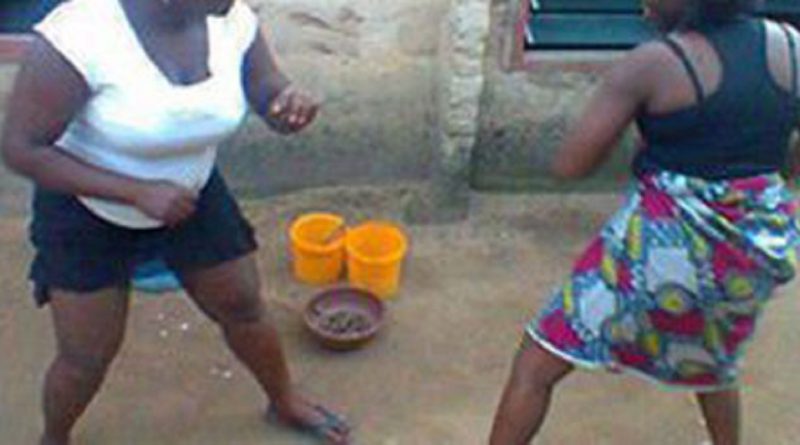 A 52-year old woman has appeared before Chief Gutu’s court on allegations of biting off the lips of a woman she suspected of sleeping around with her husband.

The matter in which Letwin Chiwara (63) is the complainant was heard on Thursday last week.

It was reported that early this year, the accused person Pfacha Nyanyira discovered messages in her husband’s phone where Chiwara was allegedly inviting Thomas Makanda who is Nyanyira’s husband to accompany her to a traditional brew at Tarira Village.

It is alleged that Nyanyira’s daughter disguised herself and responded to the message. Nyanyira and her daughter then went to Tarira Village where they spied on Makanda and her suspected lover The Mirror reports.

Nyanyira later moved in and dragged her husband back home.

It is further alleged that a few days later Nyanyira went to Chiwara’s homestead to ask her about the suspected relationship. They reportedly broke into a fight and Nyanyira bit off Chiwara’s lower lip leaving her with a permanent scar.

The publication also reports that Chief Gutu said Nyanyira had no right to go and attack Chiwara at her homestead. He said it’s common that man have extra marital affairs and Nyanyira should have confronted her husband instead of attacking Chiwara.

The Chief will give his ruling after hearing Makanda’s side of the story.

In other news, iHarare had reported that a fight over rent ended in tragedy after a Kwekwe landlord was stabbed to death by his 24-year-old tenant.

Victor Moyo was arrested after he killed his landlord Prayer Banda (22) of Mbizo 18 in Kwekwe following a clash over rent.

Midlands police spokesperson Inspector Emmanuel Mahoko confirmed the  tragic incident which happened at around 2 am on Monday.

According to the police report, the now-deceased arrived home in the early hours of the morning. He forced open a tenant’s bedroom door ordering him to vacate the room.

A misunderstanding ensued and the now-deceased produced a knife in an attempt to stab the tenant.

The post Woman Bites Off  Rival’s Lips Accusing Her Of Sleeping With Hubby appeared first on iHarare News.