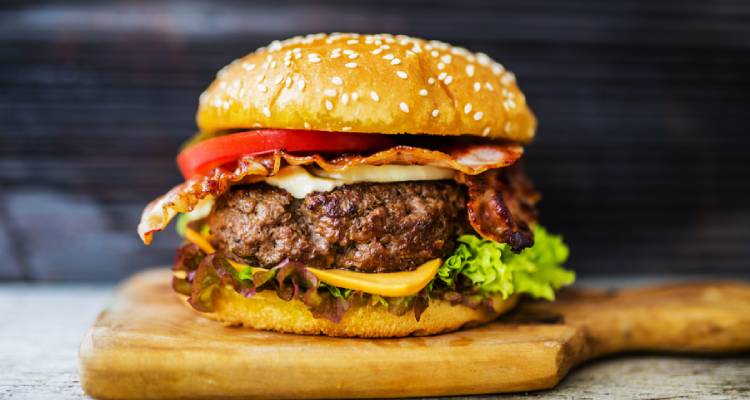 Woman Discovers Rotting Human Finger After Biting Into Her Hamburger

In a bizarre development, a woman from Bolivia is alleged to have discovered a rotting human finger in a hamburger that she was eating at a fast-food restaurant.

Estefany Benitez was left horrified and disappointed after she visited a Hot Burger outlet in Santa Cruz de la Sierra.

As she enjoying her burger at one of her favorite food chains, Benitez reportedly bit into the burger and chewed on the finger before spitting it out in horror.

Director of the National Police’s Special Crime Fighting Force Edson Claure confirmed the incident to Daily Mail. He revealed that a company employee lost part of his index finger while preparing the meat and that is how the finger ended up in the burger.

The Hot Burger representative described the matter as an ‘unfortunate incident’. He also revealed that the burgers arrive at the store pre-prepared and nothing like this has ever happened to the food outlet before.

Benitez has since posted images of the hamburger and rotting finger along with videos of her waiting to speak to the company representative on Facebook.

Following the incident,  the Vice Minister for the Defence of User and Consumer Rights has since temporarily closed the branch and imposed a fine on the company.