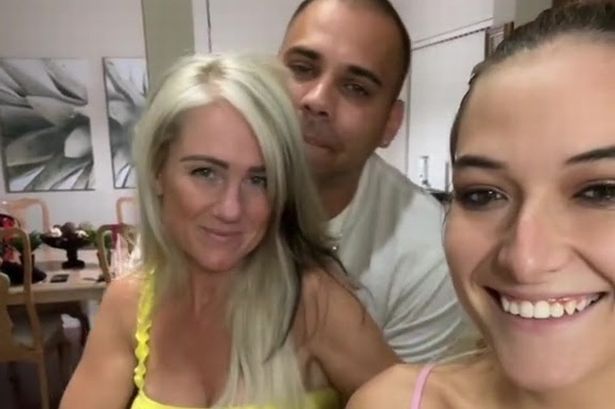 Madi Brooks, a TikToker from the US, has revealed that she shares her husband with her mother and sister to keep him happy. She revealed the not-so-common arrangement in a video on her TikTok where she attracts more than 92,700 followers.

The TikTok star said her mum and husband were all happy in an open relationship.

In the social media video, she says: “Me and my mum are both swingers and it’s great.

“You know why? Whenever I’m not in the mood, I can just let my husband have her.

“Yeah I’m that kind of wife. I let my husband have her a couple of times a week.”

But Madi says she doesn’t just share her husband with her mum, she also claims her sister sometimes “plays” with her partner.

She adds: “You wanna know how I keep my man happy? I let him play with my little sister.”

It’s not clear if the husband would be happy to share her wife with another man.

The videos left many TikTok users baffled and one person asked: “How did that conversation ever initiate?”

Another user of the social media site said: “That’s enough TikTok for one year, I’m out.”

And a third poster commented: “I don’t know how anybody could share but it’s your life.”

“I wish my wife would just suggest we have an open swinging relationship, I’m tired of hiding my relationship with her sister,” commented another user.

An open relationship is an intimate relationship that is sexually non-monogamous meaning other people can get involved.

In recent years, multi-partner relationships are on the rise and finding their way into the mainstream.

The post Woman Shares Husband With Her Mother And Sister ‘To Keep Him Happy’ appeared first on iHarare News.