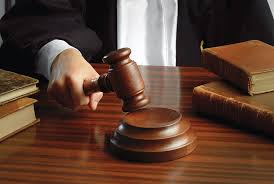 A Mutare woman threatened to commit suicide after her application for a maintenance upward variation was turned down.

Nomatter Mamwadhi had applied for the maintenance of her physically challenged minor child to be reviewed upwards from $2 500 to $8 000 at Mutare Civil Court.

While dismissing Mamwadhi’s application, presiding magistrate Purity Gumbo said there are no changed circumstances in the upkeep of their child.

The magistrate also considered that the father of the child Cephas Hurudza also has another family to take care of and said it was the duty of both parents to contribute towards the upkeep of the minor child.

In her application, Mamwadhi said:

“Our child is physically challenged and she needs medical attention every month and spectacles after every two months… Our child cannot speak and when she tries to say a word it affects her brains. She cannot see or hear anything. Every month she needs to be attended to by a specialist at Pariremmyatwa Group of Hospitals in Harare.”

Responding to the application, Hurudza who is employed as a security guard, said he can’t afford to pay $8 000 since he earns $10 000.

The Manica Post reports that the Court’s decision did not go well with Mamwadhi who walked out of the courtroom escorted by the police.

She attracted the attention of passersby as she was crying out loud and threatening suicide saying she no longer wants to live with the minor therefore Hurudza should also take custody of her.

She was advised to approach the development partners who deal with the welfare of children.

In other news, iHarare had reported that the man at centre stage regarding the controversial death of 15-year-old Anna Machaya has been charged with murder.

The post Woman Threatens Suicide After Her Application For Maintenance Upward Variation Was Turned Down appeared first on iHarare News.