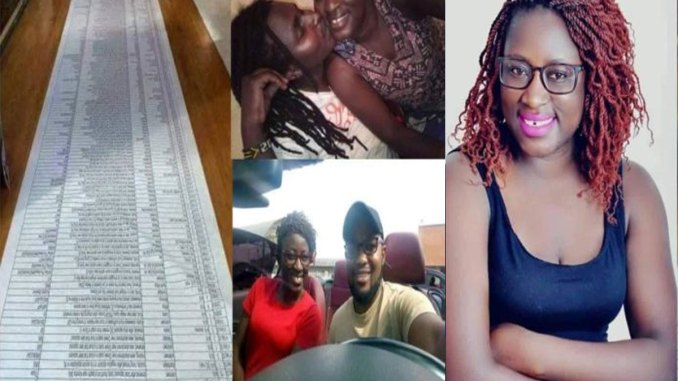 Social media is ablaze after a woman released a list of 100 men she reportedly infected with HIV.

It appears the woman had been on a revenge mission Etiketa.com reports.
The woman who uses the handle @ Ruth James on Facebook also threatened the men that they will die soon.

On Tuesday, Ruth James took to her  Facebook page and wrote:

“I want to expose everyone I have given HIV”.

“Itugona. Chuo 100 mar facebook dwa thoo gi stress,” which translates (You are joking with me. 100 men on Facebook are so much stressed up and will die soon).

In other news, iHarare had reported that the polygamous Machaya family is planning to offer their nine-year-old daughter to the in-laws as her late sister’s replacement.

Memory Machaya was allegedly forced out of school while doing Form One in Mhondoro and was married off to Evans Momberume, the man who allegedly impregnated her.

She died around 9 AM on the 15th of July and was secretly buried two hours later after her family was denied access to their daughter.

She left behind a baby boy who is said to be in the custody of his father Momberume.

Chigadzamapfihwa is when a man is offered a replacement wife by his in-laws after his first wife passes away.

The post “You Will Die Soon” Lady Shares List Of 100 Men She Has Infected With HIV On Social Media appeared first on iHarare News.